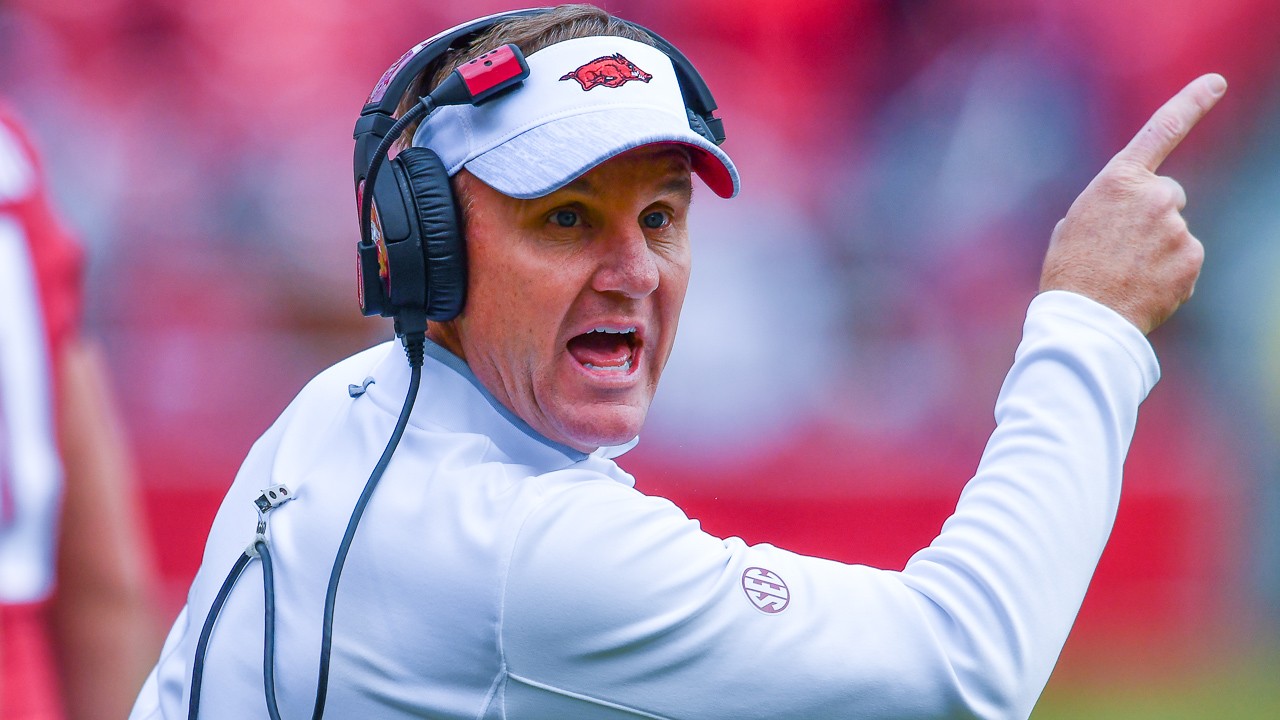 The general feeling among some with the announcement of Chad Morris getting the job as head coach at Allen High School is they are doomed for failure.

Some of the talking heads on the airwaves are even predicting doom and gloom for any poor kid that happens to play quarterback for him. They sound like many of the Great Unwashed out there that somehow think coaching at one level is any indication what you can do at other levels.

His colossal failure at Arkansas (then going to Auburn where he got fired after one season along with his good buddy, Gus Malzahn) only proves he has no idea how to the world works on a big-time atmosphere.

Yes, when he was hired to guide the Hogs I bought into what others told me about him being a “can’t miss” type of head coach. When I went back to those same people in 2019, their answer was, “well, I was wrong.”

Morris simply couldn’t really relate to college players. Don’t throw out there what he did at Clemson because the Tigers got better when he left.

Most of the coaches I’ve talked to in the Dallas-Fort Worth area when the news broke early Wednesday morning about this is, simply, his line of schtick works on high school players, who are not college players.

College players are grown men. Most high school players are already at the highest level of football they’ll ever play. Especially in Texas, particularly at Allen, which is the largest high school in a state that is completely absorbed with football.

Morris said early on at Arkansas, he moved up to the college level to see if he could achieve what he did at the elite level of Texas high school football (an 81.6% winning record over 16 seasons).

That success didn’t translate to the major college level, for whatever reasons.

But the guess here is he will keep Allen on a winning track.

He’s coaching at a level not seen in many other places. Allen’s high school marching band has 750 members. The football program for the school has 480 football players (counting all grades).

The only stadiums in the state of Arkansas bigger than the $60 million stadium at Allen are Razorback Stadium, War Memorial Stadium and Centennial Bank at Jonesboro. The Eagles have never lost a game in that stadium.

He inherits a program that is used to winning, replacing a coach that went 65-4 over five seasons and won a state title.

Morris wanted to see if he could win at the college level and found out he couldn’t. He’s not the only coach that discovered he was more suited for high school. In Texas, Todd Dodge compiled a mind-boggling record at Southlake Carroll, then flopped at North Texas, and is back winning at the high school level.

There is a reason coaches don’t usually have success at every level and most successful high school coaches aren’t big winners at higher levels.

It’s a different game at every level.

To the best research I’ve managed to find, there is only one coach that’s won national championships at the high school, big-time college and professional levels.

And there’s only been one Paul Brown. He invented a lot of what the modern game now uses like film study and face masks (he held the first patent on that).

Morris discovered he better get back to what he can do and apparently that’s coach at the high school level.