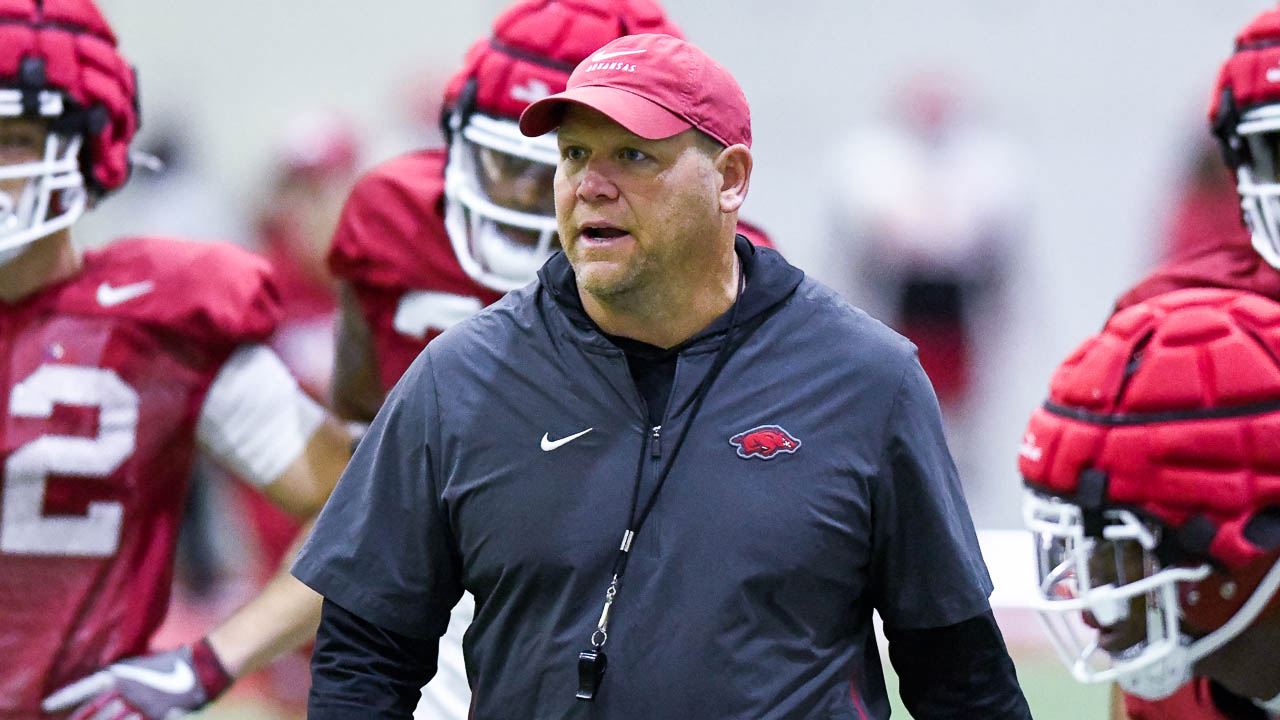 When he said he expected both coordinators to be with the Razorbacks going forward, he probably didn’t even know UNLV was targeting defensive coordinator Barry Odom, the ol’ boy he was sitting beside.

News started trickling out Tuesday morning, multiple reports are saying, that Odom is set be the next coach there. The information of interest between Odom and UNLV was first posted Tuesday morning on The Razor’s Edge VIP Forum. He replaces former coach Marcus Arroyo, who was fired.

Last week everything was wondering if Odom was headed to take over the head coaching position at Tulsa, but everything settled down once word leaked out those talks had broken down.

This story has taken off much faster.

Prior to the last three years with the Hogs, Odom was the head coach at his alma mater, Missouri, from 2016-19.

He was one of the first hires Pittman made at Arkansas when he took over as head coach following the 2019 season. Odom was viewed as arguably the biggest coordinator hire in the nation ahead of the 2020 season. He also served as safeties coach and has coached linebackers in his career, which is the position he played at Missouri.

Arkansas is currently 11th in the conference with 28.8 points per game allowed and are 13th in total defense at 453.3 yards allowed.

The Hogs have been particularly bad in pass defense, giving up 273.9 yards per game (12th) and having the second-to-last defensive efficiency rating at 143.2, ahead of only Vanderbilt.

Arkansas hasn’t been good at stopping the run either, finishing 12th in the conference with 179.3 rushing yards allowed.

But in 2021 during Arkansas’ 9-4 run, Arkansas had its best defensive year since 2014, eight seasons ago. The Hogs finished sixth out of 14 teams in the SEC, allowing just 22.9 points per game.

They were also seventh in total defense, giving up only 367.6 yards per game. The Hogs finished ninth in the SEC in rushing yards allowed with 153.9 yards per game. Arkansas was especially good against the pass that season, allowing just 213.8 yards per game.