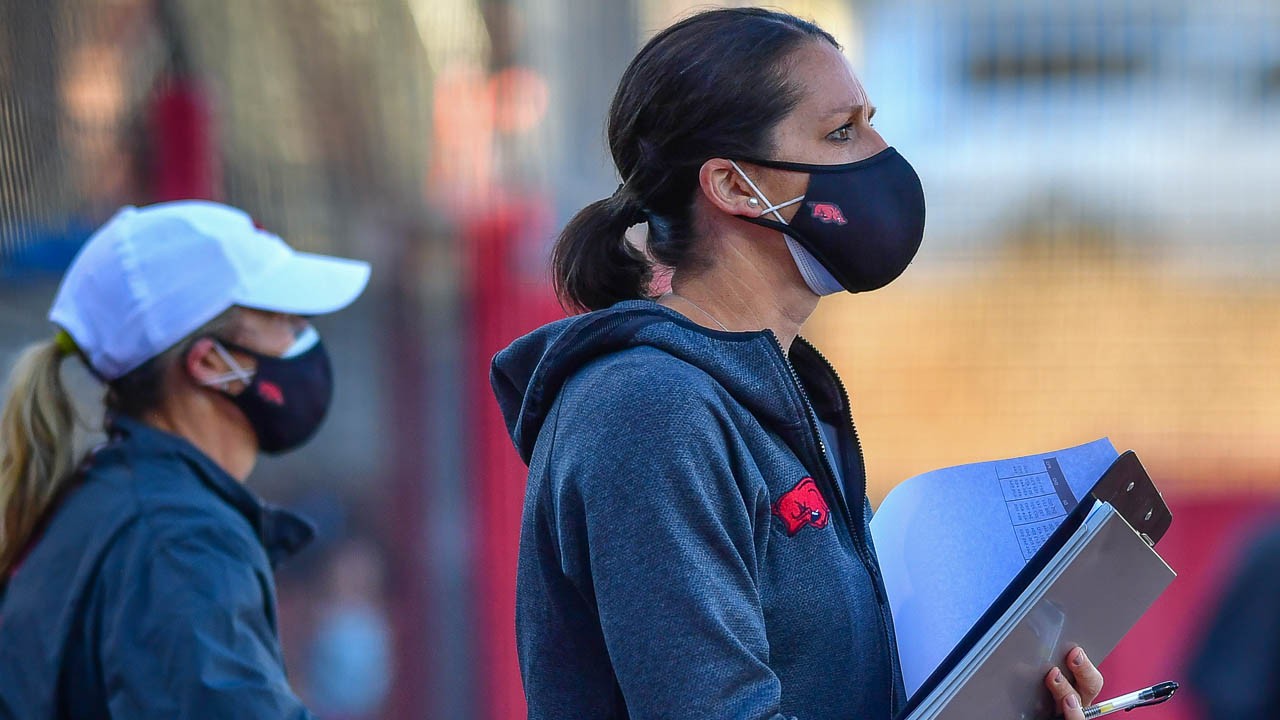 Infielder Linnie Malkin’s two-run home run that landed in the Bogle Park left field parking lot was the only swing Arkansas needed in a 2-0 win over Mississippi State on Friday night.

The Razorbacks (26-3, 7-0 SEC) continued their best start to league play in program history and remain the SEC’s only undefeated team in conference play this season.

Courtney Deifel tallied her 200th career win, improving to 200-136 in her seven seasons as a head coach.

Arkansas’ Mary Haff and Mississippi State’s (15-12, 0-7 SEC) Annie Willis both got off to good starts inside the circle.

Each pitcher held their opposition to just two baserunners each over the first three innings.

Outfielder Hannah McEwen gave the Razorbacks a much-needed baserunner, drawing a leadoff walk to begin the bottom of the fourth.

With two outs, Malkin socked her 11th homer of the season and the first Arkansas hit of the day, giving the team a 2-0 lead.

Mississippi State tried to start a rally in both the fifth and sixth innings by putting two runners on in each frame, but could not score, leaving all four on base.

Reliever Autumn Storms came out of the bullpen to record the sixth inning’s final out and worked a clean seventh, closing the game.

Outfielder Sam Torres registered Arkansas’ only other hit of the day on an infield single to short in the sixth.

Haff (16-2) built on her nation-leading win total by tossing 5.2 innings and allowing four hits and one walk with four strikeouts.

Storms (2) registered her second save in as many games and struck out two in 1.1 frames. The pitching staff notched their fifth shutout of the year and first since an 8-0 win over Texas Tech on Feb. 28.

Torres, McEwen and infielder Braxton Burnside each drew a walk, and infielder Keely Huffine was hit by a pitch, to account for the only other Razorback baserunners.

The Razorbacks won a game when held to two or fewer hits for the first time since defeating Georgia Tech, 2-0, on Feb. 8, 2015.

Arkansas and Mississippi State play the middle game of the series at 1 p.m. tomorrow, March 27, on SEC Network+.