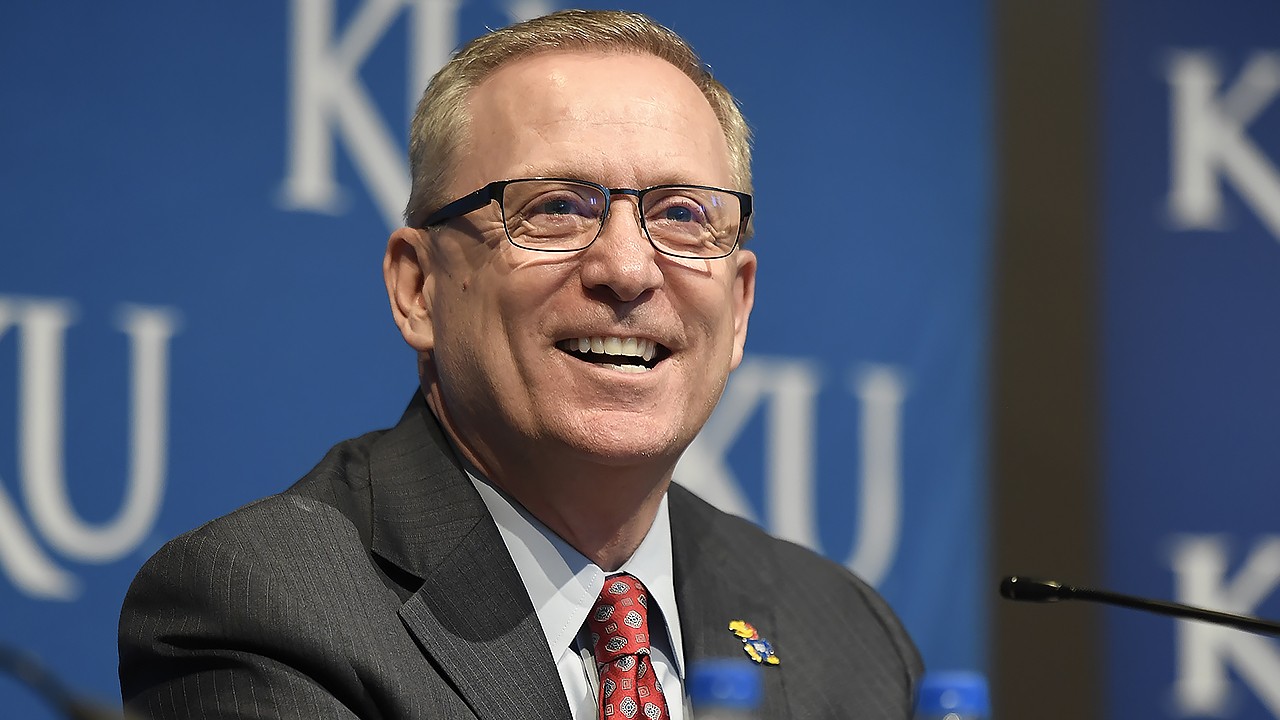 The description of Jeffrey P. Long is pretty simple because it’s what you get when you combine incompetence with arrogance.

Kansas discovered it about 30 months into dealing with him. Arkansas needed a decade to figure out his destructive combination.

Of course, at Arkansas he had some people (including a few media folks who created an entire additional source of revenue) publicly making excuses for his incompetence allowing him to continue with his ways.

And the Jayhawks get out cheap by comparison, paying him $125,000 a month for a year. He got considerably more from the Razorbacks, thanks to a contract he was awarded through hard-nosed negotiations with himself.

That last one is on others within the University system who didn’t appear to be too bothered with providing Long with a lot of adult supervision.

Once again, it was a football coach that brought him down.

When Les Miles’ problems surfaced a few weeks ago, the question for some was how he got fired in the first place. People around LSU have told me they knew what was going on with Miles and it wasn’t exactly a well-kept secret.

The reason Long didn’t know is because he may be the most incompetent athletics director in the history of big-time college athletics.

The first I heard about this was when he got the job in Fayetteville back in 2007. People I know close to Pittsburgh told me about him, but nobody in Arkansas didn’t appear too concerned about hearing any of that. Identical stories came from more than one person.

Long managed to escape any responsibility in the Bobby Petrino fiasco by managing to act surprised. If he didn’t know he was either blindly stupid or lying. A lot of other people knew what was happening.

His best two hires were Mike Anderson and Mike Neighbors. They were easy. Bret Bielema was hired because he wrote a love letter to Long kissing his backside with sincerity and feeling.

Long didn’t bother going behind looking at the resume, which is pretty much what he did with Miles at Kansas. With Bielema, he would have figured out Barry Alvarez built and Bielema just kept it on the tracks.

Long had said during a virtual news conference on Tuesday that he asked Miles directly during the interview process in 2018 if there was anything in the past that could potentially embarrass the university or Kansas.

“He said no,” Long said. “We also did our due diligence by talking to individuals within the LSU athletics department to see if there was anything we should be aware of regarding Coach Miles’ tenure at LSU and received no indications of any issues.”

Of course, he did get Miles nearly $2 million to mutally part ways and managed to pocket about $1.35 million for himself.

Long seems really good at making money for other people and somehow getting a finder’s fee for doing so.

We heard from multiple people that covered Kansas athletics and were close to the athletic department there Long wasn’t basketball coach Bill Self’s boss. Self answered to folks above him, kinda like Nick Saban at Alabama answers only to Paul Bryant, Jr.

Somebody at Kansas at least knew which sport was important there.

Meanwhile, here at Arkansas, the athletic department has made a remarkable turnaround in just three years after Jeffrey got kicked to the curb.

That says more about his replacement, Hunter Yurachek, who has brought a culture of winning to a department that seemed to put that on the backburner.

Winning was something Jeffrey enjoyed, but it wasn’t a requirement. You can get away with that if you’re not an arrogant jerk, especially with the media.

In the end at Arkansas and apparently in Kansas, nobody was too concerned with stepping up to defend Long.

Now he’s out of a job again, getting paid over a million bucks (again) to go away.

It will probably help Kansas because it’s addition by subtraction.