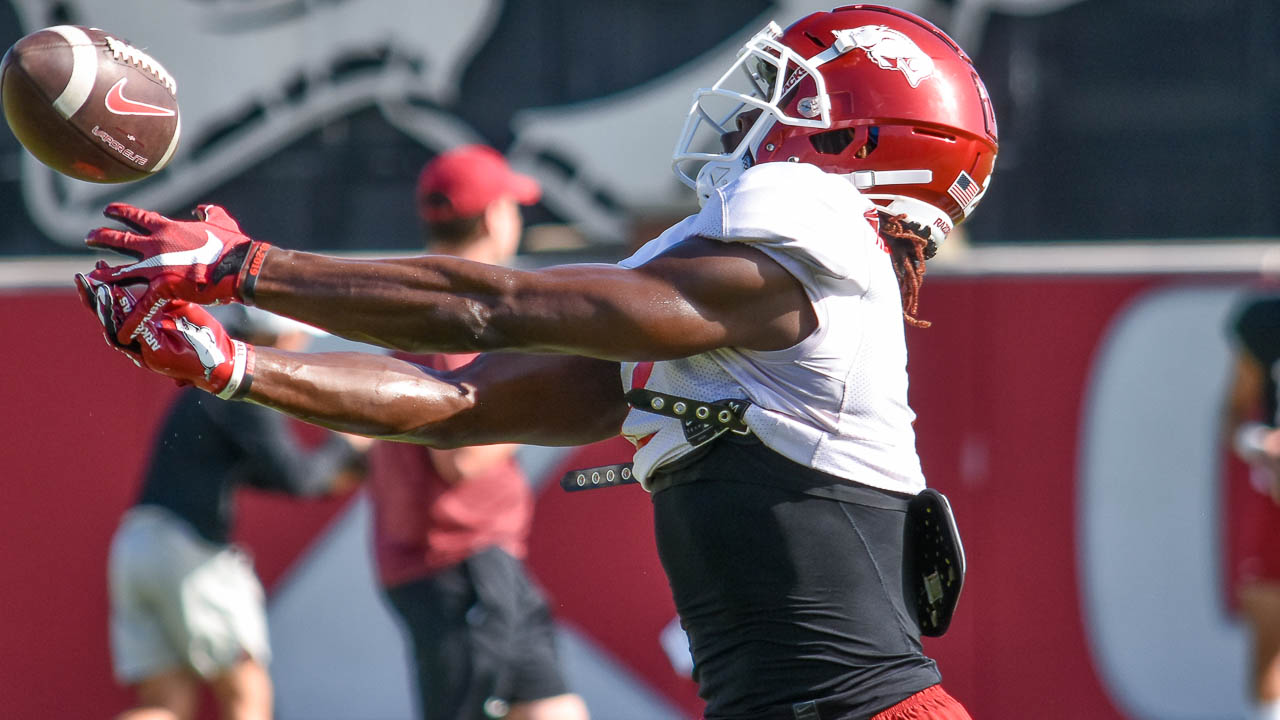 It’s prediction time for everyone a week ahead of Arkansas’ opener against Rice and most are dealing with the same old misconceptions.

First of all, last year has absolutely nothing to do with this year. Coaches have said that for decades but fans don’t want to hear that.

The Razorbacks won three SEC games last year and the general notion is that should translate to 6-7 wins this year. Don’t base anything based on what happened last year in what was one of the most unusual college football seasons of all time.

Secondly, while the Hogs have gotten bigger, stronger and faster so has every other team in the SEC … at least according to what we hear coming from their fall camps. Those other teams didn’t just say, “we’re good,” take time off in the spring, then just jump up and down a few times in August.

Teams get better or worse. They do not stay the same.

Yes, there are three teams on the schedule (Rice, Georgia Southern and UAPB) the Hogs should be leading by 20 points at halftime or there’s a problem. There are probably four teams they aren’t going to beat (Alabama, Georgia, Texas A&M and LSU).

With math involved that leaves five games to pick that will determine whether this team finally gets back to a bowl game.

Those are the question marks and here’s how it looks with a week to go before opening the season:

Texas: This one almost landed in the “won’t win” category. There is a misguided view by some people that Texas is “down.” Maybe the main thing people ignore is the fact Steve Sarkisian is not starting his first year because he wanted the money from that job. Like nearly every coach, the roster is a bigger deal than the money.

Sarkisian replaced a guy that wasn’t fired because he couldn’t recruit. He inherited a Longhorns’ roster that had Top 10 talent without anybody knowing how to direct it. He left one of the few college jobs with better talent and he didn’t do it to lose.

Don’t expect a lack of interest from the Longhorns like the Texas Bowl in 2014. This is a matchup on the road against an SEC team and they may want to send a message to the conference where they are going. Likely loss.

Ole Miss: Right now this one is a toss-up, but Hog fans shouldn’t count on Matt Corrall throwing six interceptions again. The Rebels will have an offense that reportedly is going to be better than last year, which was pretty good. Defense is the issue for the Rebels and, like everybody else, they are supposed to be vastly improved. Nobody knows. Likely loss.

Mississippi State: Mike Leach kicked nearly all of the guys off the team and the people that have watched the practices and scrimmages (for some reason he’s not as terribly concerned as a lot of coaches about the media watching) the Bulldogs’ offense will be dramatically better. We’ll see how this one works out as the season develops. Possible win.

Auburn: A new coach with a quarterback coached last year by Chad Morris. Why that is interesting is every quarterback he’s coached at the collegiate level got better when Morris left. Bo Nix may be the player of the year based on past history since 2014 when Morris left Clemson and Deshawn Watson became a Heisman candidate. Possible loss.

Missouri: It is highly possible the last game on the schedule will have a bowl game riding on the outcome for the Hogs. The game will be in Fayetteville and, depending on the weather, record and several other factors it could be a big game … especially considering Arkansas has beaten the Tigers just once since they started playing in 2014.

The final tally in all of that is four or five wins.

But it’s a week before the first game and nobody really knows for sure. The only thing for certain is last year has nothing to do with this year and everybody on the schedule thinks they’ve gotten better.