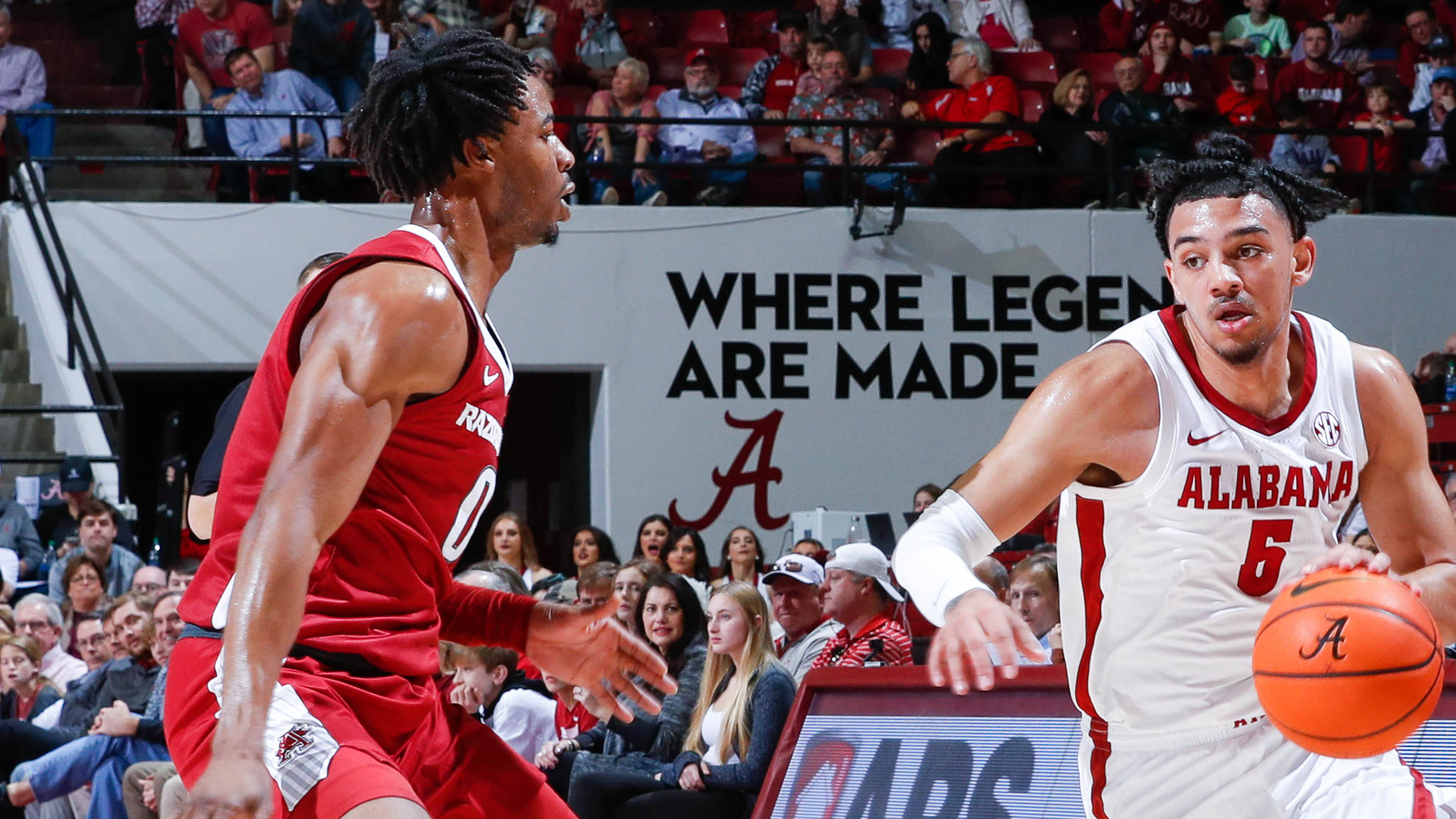 While Arkansas fans will feel respected, getting back into the Associated Press poll Monday means little.

“It is what it is,” Razorbacks coach Eric Musselman said Monday morning. “It’s great for our fans, it’s good for our players.”

After winning eight of their last nine games, the Hogs re-enter the poll at No. 23, one spot higher than they were when they fell out after losing to Hofstra back in December.

In a few weeks it really won’t matter.

When the tournaments start it really doesn’t matter where the media or coaches think you should be ranked, the goal is to win and keep playing games.

The Hogs saw a nine-game winning streak end at Alabama on Saturday. Last Tuesday they beat Auburn in as big of a win at Bud Walton Arena as any team has had since they opened the place in 1993.

“To split last week and then to jump up in the rankings is a credit to the teams that we played and the respect that the national voters have for not just Auburn, but also for Alabama,” Musselman said.

Interestingly enough, it was the first matchup with the Tigers back in January when the Hogs their first league win.

And started that nine-game winning streak.

The game will begin at 3 p.m. and be broadcast on ESPN.

The goal for Musselman now is to stay there by winning.

“Now there’s a number attached to our name and that adds responsibility as well when you’re playing somebody,” he said.

And he knows if they can keep winning the rankings really don’t matter.