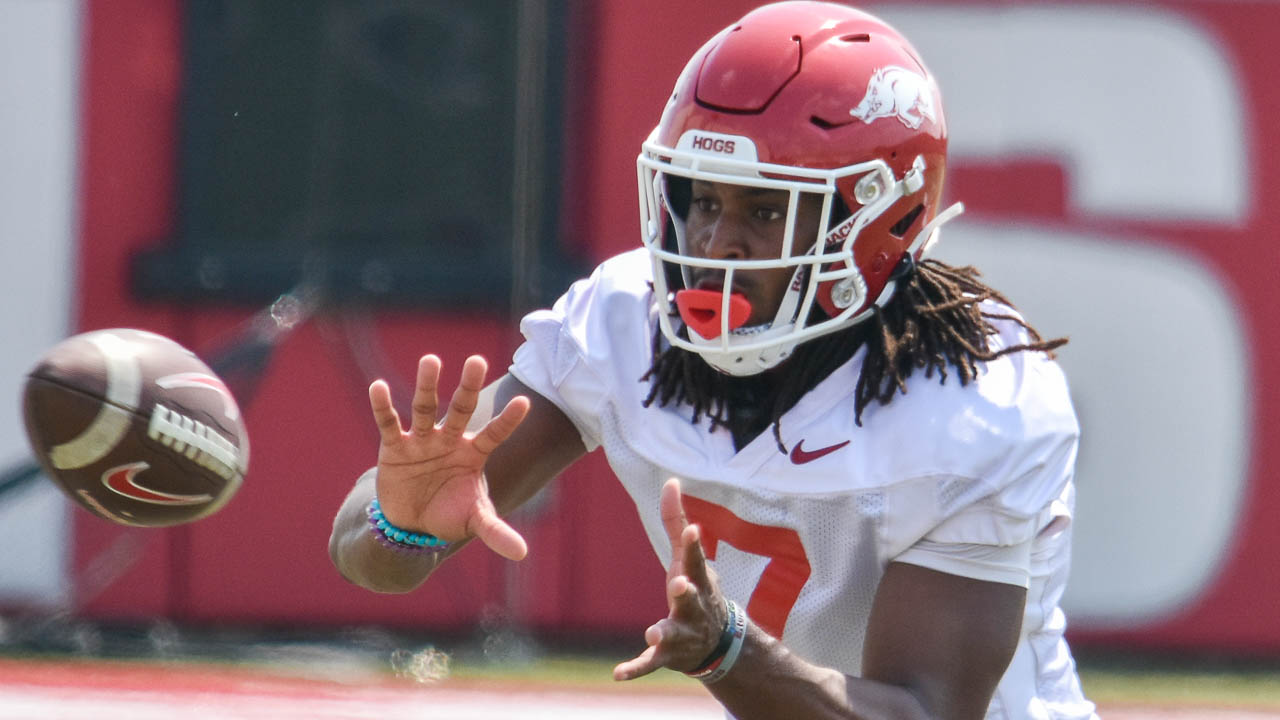 Some folks talked about the new look in the offensive line, but it was wide receiver Trey Knox’s change that was a little startling.

In case you’re wondering, it’s not fat, either. Knox has muscled up and now he looks like a wide receiver playing in the SEC.

“I’ve been a string bean my whole life,” he admitted after Saturday’s practice. “I never thought I could gain any weight.”

Strength and conditioning coach Jamil Walker has had players buy into his program as much as anybody has bought into anything else.

“Just trying to figure out how to play at this size,” Knox said. “This is all new to me. I haven’t been this big before.”

He said he’s “hovering around 218-220,” which is up considerably from the 207 he was listed at in the spring and the last two seasons he’s looked like 190 might require holding some weights on the scale.

Of course with that added weight he’s got to learn how to play with it. Some, like Treylon Burks, has been a big receiver since he was in junior high school.

“Putting on weight would help me to play faster, be more explosive, those areas,” he said. “Even being stronger and playing more physical and getting guys off of me because I have a pretty big frame and I’m trying to fill that out.

Injuries played a role his first year, getting a thigh bruise in the second game against Ole Miss that nagged him the rest of the year.

Last season he didn’t have everything together, mentally and physically.

“He’s doing awesome right now,” new wide receivers coach Kenny Guiton said Saturday. “He came in and he wanted to know my thoughts after seeing him all spring to reach that next level.”

The bar has been raised for Knox if he wants to reach that next level.

“He’s a bigger guy, a bigger wideout, so you talk about what bigger wideouts do,” Guiton said. “They’re big, physical guys who lock up people on perimeter blocking, and if the ball is in the air and it’s contested, it’s one-on-one.

Maybe the most important thing of all is it appears he has his confidence back and that was clearly lacking last year.

“I’ve had a pretty great offseason,” he said Saturday. “I feel a lot faster. I feel a lot more explosive.”

He showed the ability. Now he may have found his confidence.

Which gives fans hope he’s ready to step back to the front.