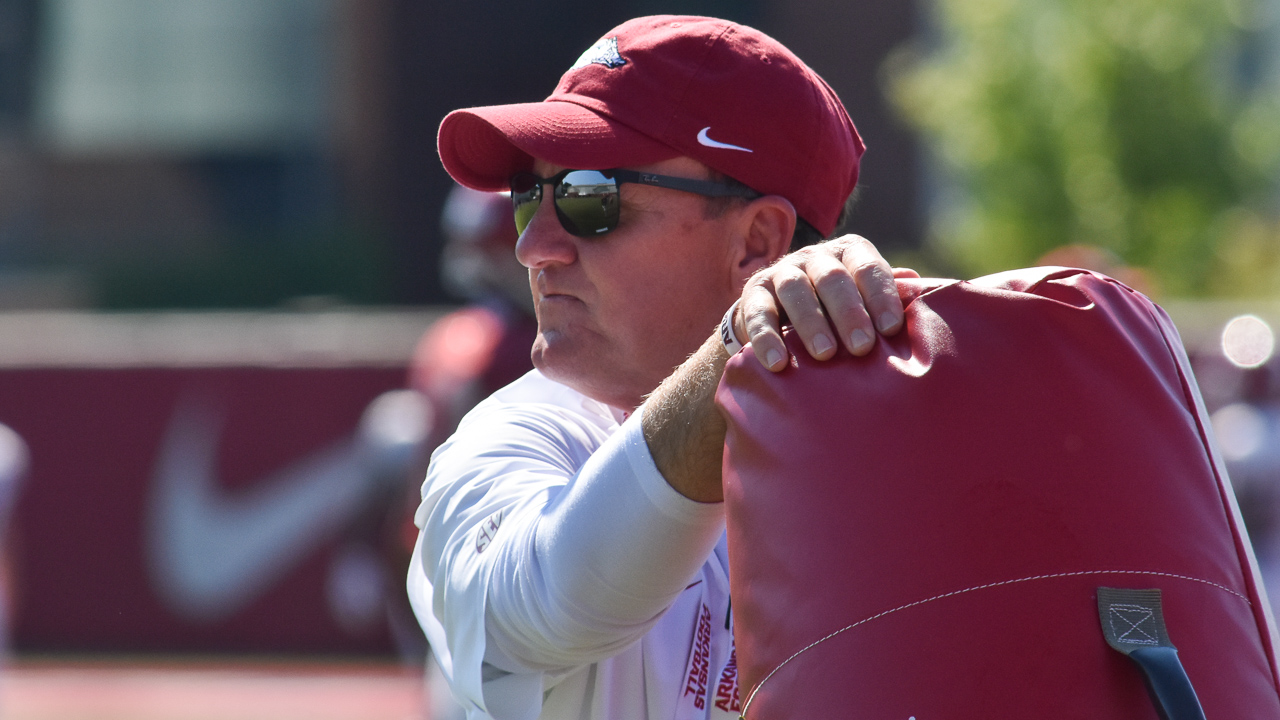 Normally, three games into a coach’s second season isn’t the time folks start wondering whether the right guy is running the program.

At least that’s what a lot of Arkansas fans are asking.

Chad Morris, going into just his 15th game with the Razorbacks, knows this. You get the idea he knew things were likely to land here in the North Texas game last year … a week after a fourth-quarter collapse against the Rams.

People are wondering exactly why it’s taken this long and what is now five quarterbacks starting behind center and things don’t appear to be getting straightened out.

Colorado State comes into Fayetteville on Saturday with a projected NFL draft pick at quarterback against the Hogs’ breaking in a new starter in Nick Starkel.

Exactly what else the Rams have other than a quarterback largely depends on who you ask. They may or may not be better than the were last year.

It’s a lot of unknowns, right?

About the only thing we know right now is Starkel will be starting at quarterback and it’s clearly what most people have been thinking should have happened before the season opener against Portland State.

With an offense that basically looked like an old car chugging down the road with only half of the cylinders firing, Morris finally unleashed Starkel. There wasn’t a miracle in Oxford in the second half, but Morris said there was a spark.

He’s hoping it’s the kind that gets all the cylinders firing and doesn’t put the whole thing up in flames,

All of that is why this game is huge for Morris. That doesn’t mean just moving the ball and looking better to most of the fans.

They want a win. Even a disappointing one.

The Hogs should get a win Saturday. It may be more optimistic than realistic, but I figure one of these days I’ll be right when I say it will be a comfortable win.

Starkel may be exactly what this team needed and if he does sparkel (yes, I know the correct spelling, but it is better this way) then there may be some questions about why it took so long to do the obvious, but it will be easier to deal with after a win.

Don’t even ask what happens after a loss. It will be ugly.

Both Peter Morgan and I were 11-2 last week and he’s still on the backside of a one-game lead. It will sort itself out when some of these easy games turn into real matchups.

Tennessee over Tennessee-Chattanooga (there’s not even a line on the game), Ole Miss (31) over Southeast Louisiana, Auburn (35.5) over Kent State, LSU (51) over Northwestern State, Missouri (34) over Southeast Missouri State and Texas A&M (43.5) over Lamar.

When Larry Lacewell was the coach in Jonesboro, he called Bear Bryant to get a game against Alabama and it didn’t take long to get an agreement on everything but the date.

“It’ll have to be early,” Bear told his fellow Fordyce native. “If it’s later in the year I’ll be playing for a national championship and have to beat the [deleted] out of you.”

That was when the polls decided things. Now it’s about style points in September making a difference in December and the Bulldogs are wanting to be there.

It’s tempting here to pick the Wildcats after seeing an interesting line on this one. You would think the Bulldogs would be a little bigger of a favorite than this, but what it probably means is everybody is waiting to see if they are any good.

This would probably should be in the easy pickings category, but any time you get a chance to throw some shade at the Gamecocks, well, you take advantage of it.

Will Muschamp is continuing the fine tradition at South Carolina of doing okay, but not really challenging for any kind of title.

Coming into the league with Arkansas in 1992, they haven’t won a league title, either, and pretty much have been the eastern version of the Hogs.

While the Hogs have won at a 53 percent clip, the Gamecocks are at 54 percent since coming into the league.

This week won’t help that at all. Saban has never lost to an ex-assistant and it won’t start this week.

Let’s face it, the Wildcats have never really had much of a home edge … in football.

And, in my opinion, they’re riding the wave of last yea’s success, which is something they only have every 40 years or so.

In college football, you are what you are and it all levels out over time and Kentucky won’t win 10 games this year … or even get close.