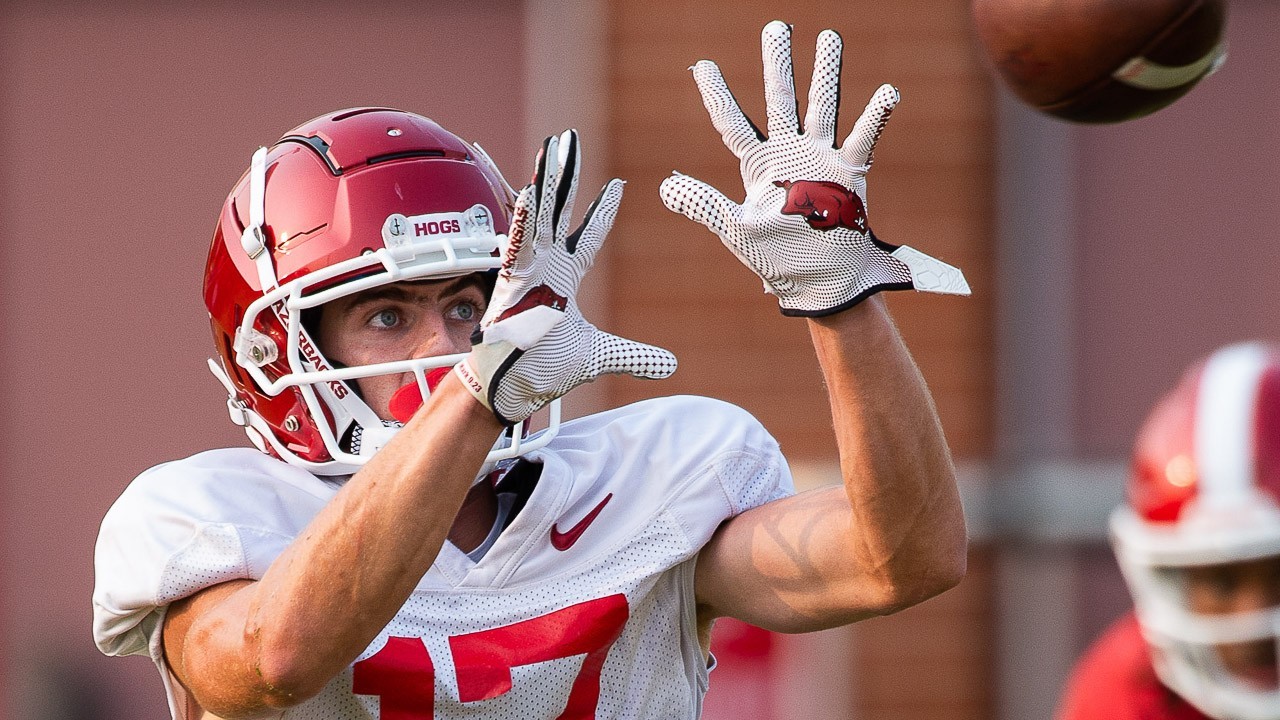 Considering the only people who know anything are talking, the second-best wide receiver on Arkansas’ team leaving 72 hours after the spring game is just guessing.

Yes, everybody knows the name but don’t spend too much time worrying about people that aren’t with the Razorbacks for whatever reason.

There will be questions. When the position coach who recruited a player to the Hogs leaves, then that player hits the road after spring practice, well, it’s a legitimate question and taking the graduate transfer exit strategy lets everyone keep their heads up.

And their mouths closed. It would be surprising to discover Woods’ news caught anyone by surprise. Word began to leak out about it Monday when someone told somebody else that his locker was cleaned out after the spring game.

The guess is the Hogs’ wide receiver group will be just fine, so just wait until September gets here. If they couldn’t catch the ball or run a route they wouldn’t be here. Yes, it’s 32 catches leaving but there’s some talented guys still there.

Now they have to show that talent in a game.

Treylon Burks is the best of the group and he’s not going anywhere. Trey Knox started showing signs of the promise everyone saw in 2019 before injuries and other issues made last year one long sigh.

Don’t forget about De’Vion Warren, who is coming back for a sixth season and probably is getting close to a tenured position.

At wide receiver, you want guys that don’t just make a play here and there, but can make THE play when it has to be made. John David White has gotten Sam Pittman’s attention in spring practice and he showed he can be a reliable target.

The guess is that group will be fine, so fans can relax a little.