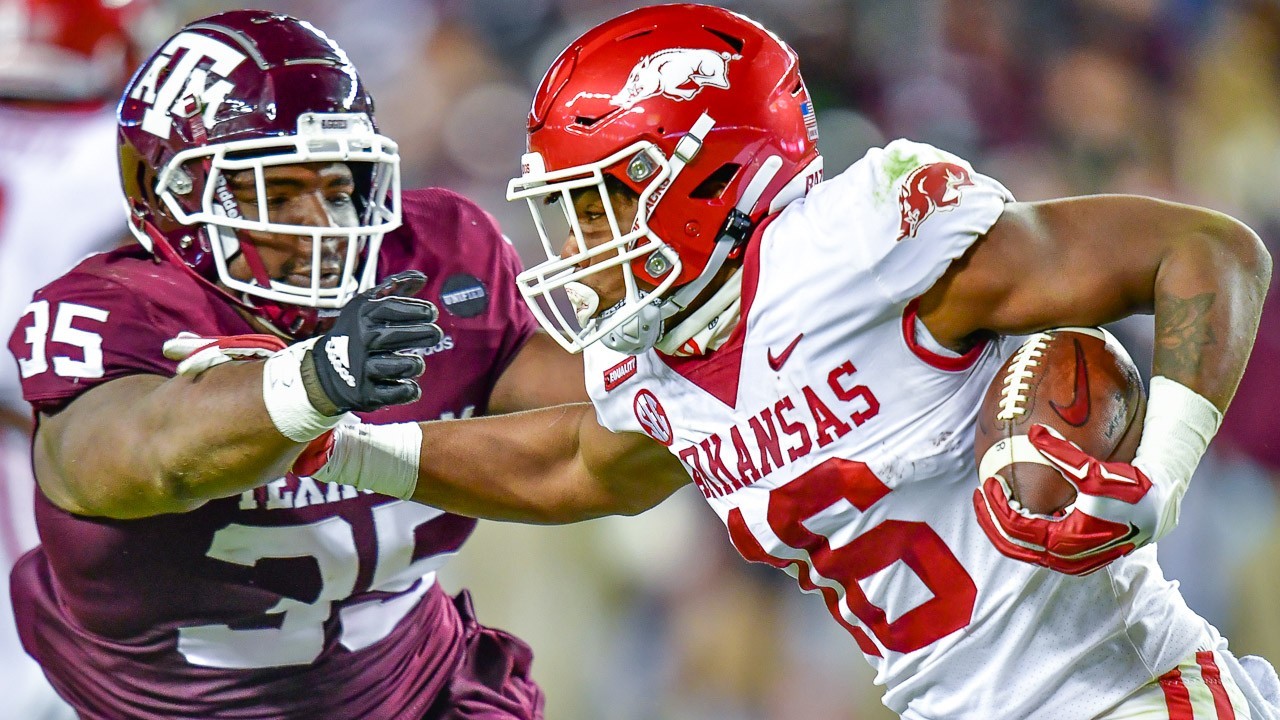 Last week everyone was expecting Arkansas’ resurging team to roll through Texas A&M with the momentum they had built in a 2-2 start.

Nobody considered Aggies quarterback Kellen Mond having a career night playing with the most patience and discipline he’s ever had against the Razorbacks.

A&M looked like a team that might sneak into the College Football Playoff. Some of the talking heads on the national networks even suggested that as a possibility … if they win the rest of their games.

When you look at that, it’s not as bad as it appears.

The Hogs basically squandered a possible 14 points in the Red Zone at a time when the entire complexion of the game could have been changed. It probably wouldn’t have mattered because A&M basically backed off the throttle in the fourth quarter, but it’s a point to consider.

The bottom line was a Hogs’ defense that basically requires impatience and bad decisions didn’t get a single thing from Mond. The Aggies also have a tight end that was a matchup nightmare in Jalen Wydermyer.

At 6-foot-5, 265 pounds with great hands, well, Barry Odom is going to struggle to scheme a way to shut him down. Jimbo Fisher and his staff probably figured that out and Mond just had to throw it high in that direction. The odds were in A&M’s favor.

It also didn’t help when Hogs safety Jalen Catalon got thrown out of the game on a correct targeting call in the first quarter. True freshman Myles Slusher was also questionable going into the game but the guess is that made a difference.

The area that, once again, came up lacking was special teams where two field goals were missed. Those would have been huge to sort of keep pace with the Aggies’ offense.

And the offense stalling in the Red Zone.

Some fans are still screaming about play-calling, but that’s the most over-rated aspect of offense these days in my opinion. Execution is far more important, particularly with all the post-snap reads Feleipe Franks has to make.

Arkansas isn’t good enough to overcome a key missed block or a blown assignment very often in the red zone.

Defensively, they live on making teams pay for mistakes.

Saturday night, the Aggies didn’t turn the ball over and just overall avoided shooting themselves in the foot.

Fans were counting on that. It was a logical expectation because Mond had done it for three straight years against the Hogs.

But it wasn’t all bad and the best news of all is it means absolutely nothing this week against Tennessee.