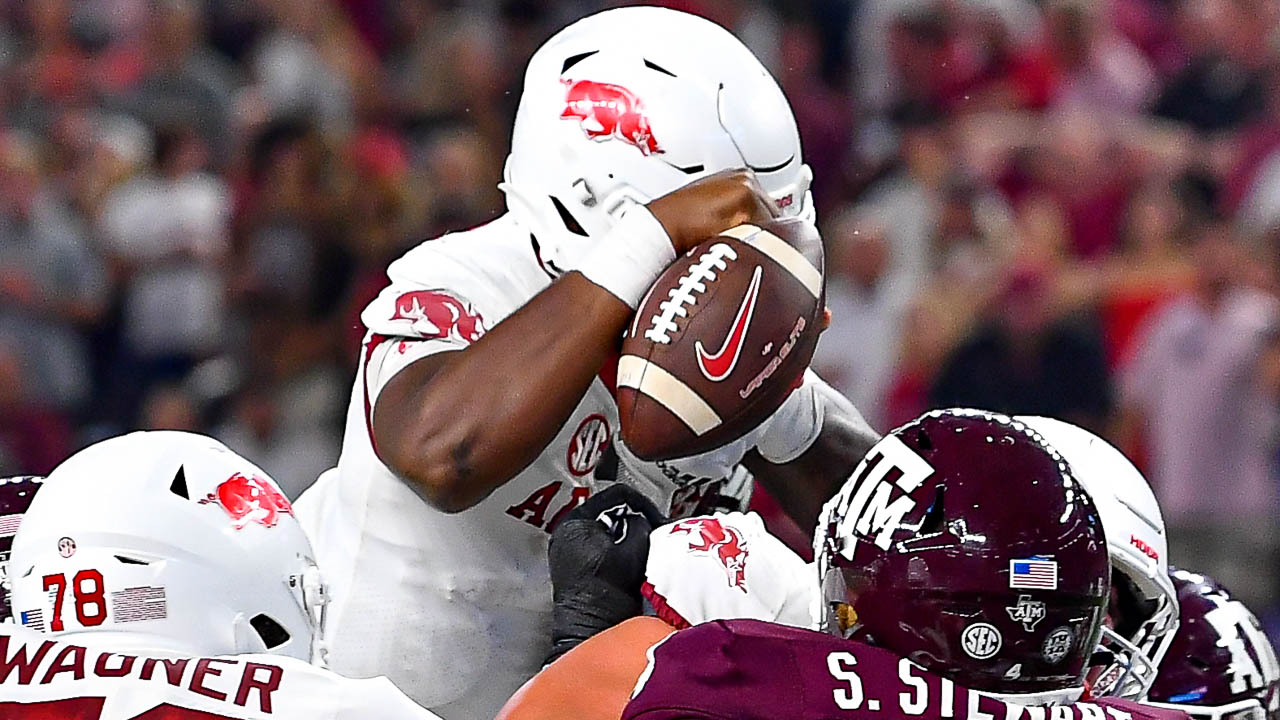 FAYETTEVILLE, Ark. — Arkansas is out of the Top 10.

With Alabama coming to town next weekend, it’s a big mountain for the Razorbacks to just stay in the rankings.

After blowing a 14-0 lead, then getting out-scored 23-7 over the last three quarters against Texas A&M, the Hogs fell all the way to No. 20 in the Associated Press poll and 19th in the coaches’ poll.

It’s not surprising he is confident. A coach has to feel they are going to win every game they play or they are doomed.

And October is here.

The second-ranked Crimson Tide come to town Saturday and it’s the only home game until November.

After that will be road trips to Mississippi State and No. 19 BYU before an off week, then a trip to Auburn.

Ole Miss is the only other ranked team on the remaining schedule at No. 14.

“A lot of people spent their hard-earned money to come and watch us play and we’ll be ready to play,” Pittman said after the loss to A&M. “They’ll be fine. They’re hurting right now, but they’ll be fine.”

The Hogs will play Alabama at 2:30 p.m. Saturday afternoon on CBS and fuboTV. You can also listen to the game at HitThatLine.com or on ESPN Arkansas radio 99.5 in Fayetteville, 95.3 in the River Valley, 96.3 in Hot Springs and 104.3 in Harrison-Mountain Home.