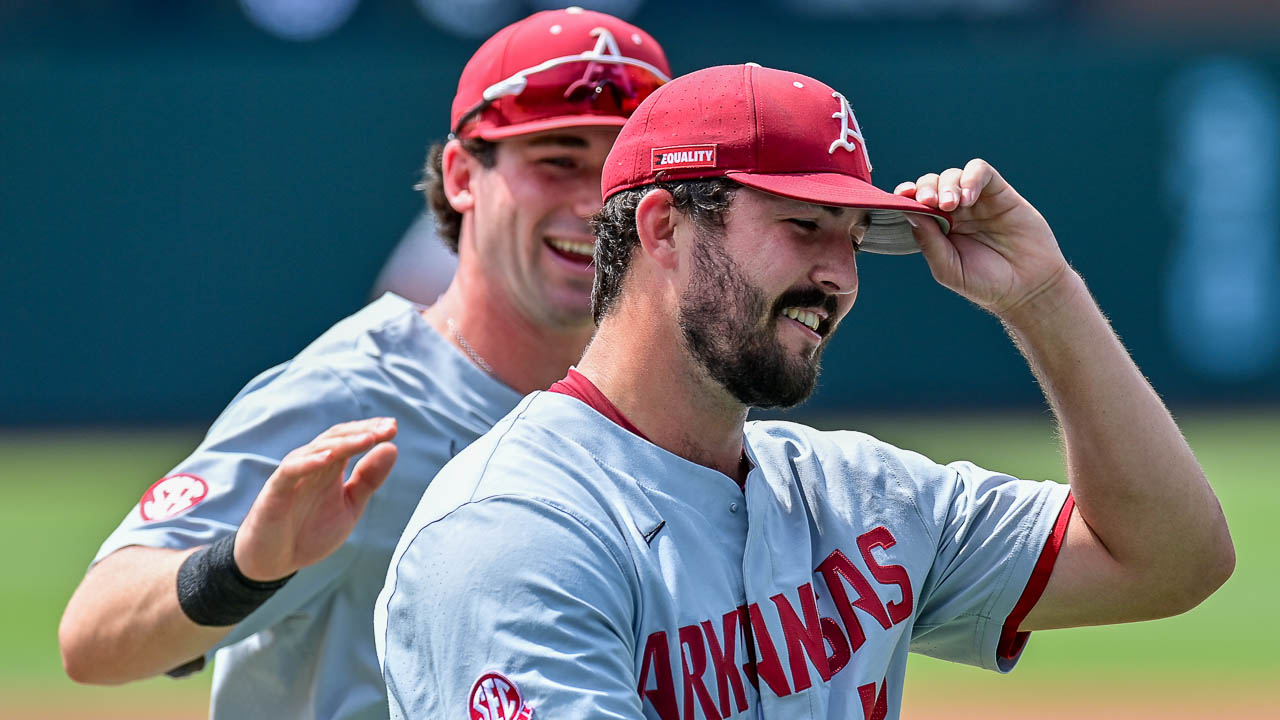 CHAPEL HILL, N.C. — For the second consecutive weekend, Arkansas senior right-handed pitcher Connor Noland did exactly what his team needed him to do. He earned another quality start in the NCAA Tournament, fooling the North Carolina Tar Heels for the better part of seven innings, as the Razorbacks won 4-1 and took a 1-0 lead in the Chapel Hill Super Regional.

The contest began with four scoreless innings, but the first was a struggle for Noland. The Tar Heels loaded the bases with one out, but he escaped unharmed, fanning one batter and inducing a groundout against another.

The Hogs recorded leadoff singles in the second and fourth frames, but neither time could they bring him home. It was not until the fifth that they finally cashed in, as freshman first baseman Peyton Stovall sent the first pitch he saw deep to center field for a solo home run.

The line continued to move for the Razorbacks, who had two runners in scoring position, following a walk, a single and a wild pitch with nobody out. Senior designated hitter Brady Slavens came through with an RBI single to double the lead, and sophomore third baseman Cayden Wallace made it 3-0 with a sacrifice fly.

Slavens provided an insurance run in the seventh, scoring junior left fielder Zack Gregory with a single for the second time.

Noland allowed just his sixth hit of the game with two outs in the seventh, but with the lineup turning over for the third time, Arkansas went to the bullpen. The Razorback ace tossed 6 2/3 shutout innings with a walk and six strikeouts, good enough to earn his seventh win of the season.

Senior lefty Evan Taylor took care of the two-out threat in the seventh, but he surrendered a solo home run to North Carolina center fielder Vance Honeycutt in the eighth. Taking a 4-1 lead into the ninth, the Hogs turned to freshman left-hander Hagen Smith after his stellar relief outing to clinch the Stillwater Regional.

Smith gave up a leadoff single, but he retired the next three hitters he faced to move Arkansas within one win of the College World Series.

The Razorbacks and the Tar Heels will go at it again at noon Sunday. Head coach Dave Van Horn has not announced a starting pitcher, and the game will be broadcast on either ESPN or ESPN2.