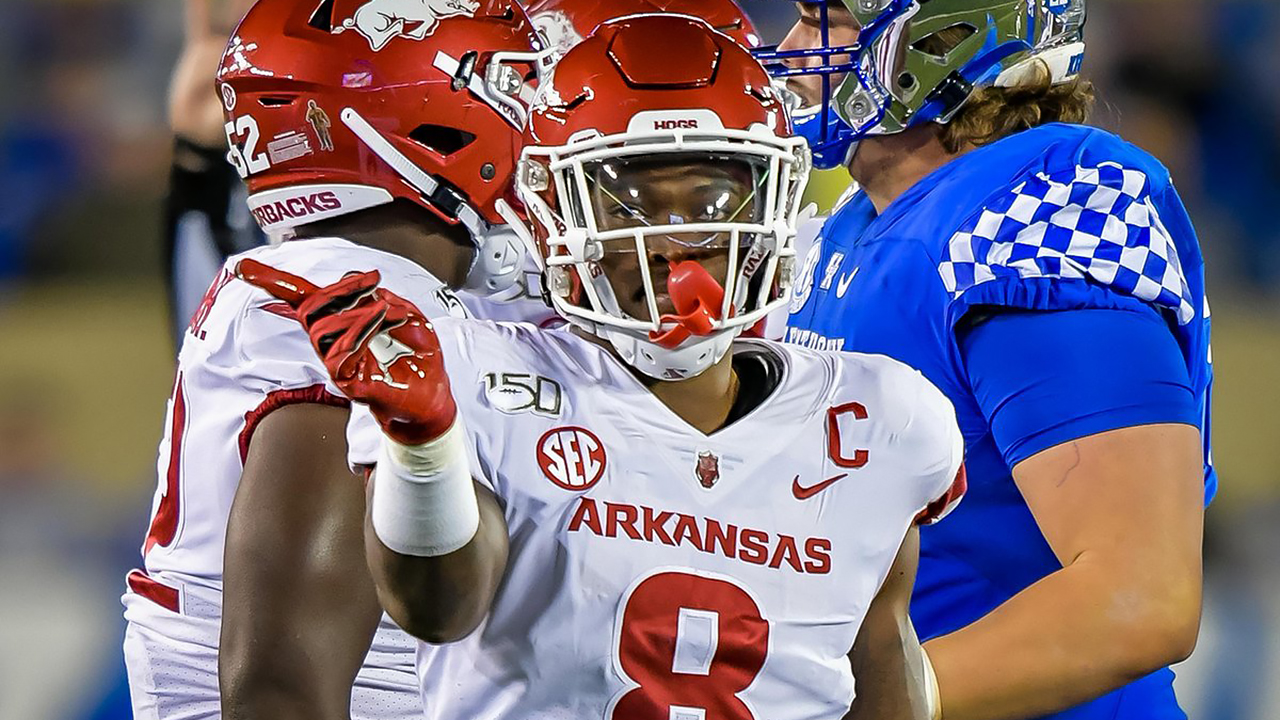 Chad Morris was supposed to be an offensive-minded coach that would smooth out the rough edges on an Arkansas attack that had been hit-and-miss the last few years.

It could be argued he’s only removed the hit part of that statement.

The Razorbacks lost the Starkel Sparkel in the first half on a cool Saturday night in Kentucky and when they regained a little momentum, the offense collapsed like a cheap lawn chair in the red zone again in a 24-20 loss that probably should have been a fairly easy win.

Put this one on everybody.

There’s not much excuse for an offense to be this ineffective coming off a bye week. The defense hung in there, but the Wildcats’ running game finally wore them out.

The Hogs didn’t quit defensively as much as they just gave out.

Now Morris has got some big decisions to make on offense, especially at quarterback as Nick Starkel wouldn’t have hit water if he fell out of a boat.

By the time he switched to Ben Hicks in the second half, the Wildcats had figured out the Hogs couldn’t stop the running game and had apparently failed to figure out how to stop a mobile quarterback.

Kentucky’s Lynn Bowden, previously a wide receiver and punt returned, gashed Arkansas for 196 yards on the ground, then added a perfectly-thrown touchdown pass in the second half that finally got them the lead.

It makes you wonder if Morris is developing freshman K.J. Jefferson for the next coach.

The question is reasonable. If the Hogs don’t figure out how to get a win, everyone will be wondering why the program is continuing down yet another dead-end rabbit hole.

I’m pretty sure I’m not the only one that’s starting to notice this looks a whole lot like last season with different names at quarterback. It is a legitimate question to ask exactly where is the development?

The only positive sign from the offense was freshman wide receiver and punt returner Treylon Burks. His 26-yard punt return in the fourth quarter ignited a burst that saw him follow that with a veteran decision on a wide receiver pass to tuck it and run it.

He than had a catch that got the ball to the 2, setting up Rakeem Boyd’s short touchdown that gave the Hogs a brief lead in the fourth quarter.

Kentucky needed just eight plays and 3:42 of clock to re-take the lead with the damage coming on the ground in huge chunks and Bowden sprinted the final 24 yards basically untouched for the clinching touchdown.

The Hogs still had a shot … before the offensive line collapsed. Senior Austin Capps gave up a huge sack on third-and-8 at the Kentucky 15. On another fourth–and-forever play, Hicks was pressured and had his pass knocked down.

This game never should have come to that.

When Boyd scampered free for a 74-yard scoring run on the second play of the game, Hog fans were cautiously optimistic. They came back to earth when the best they could manage until the fourth quarter were a couple of Connor Limpert field goals.

Hicks was a little better, but not enough. It’s clear this offense needs a spark and there’s no miracle scheme that’s going to do it.

Expecting players to make giant leaps in ability in the middle of the year is like basing a plan on hope.

Don’t ask me for the solution. Morris isn’t going to be asking my advice.

But he better figure it out … very quickly.

And that chance he asked for from fans in December 2017 is probably gone.