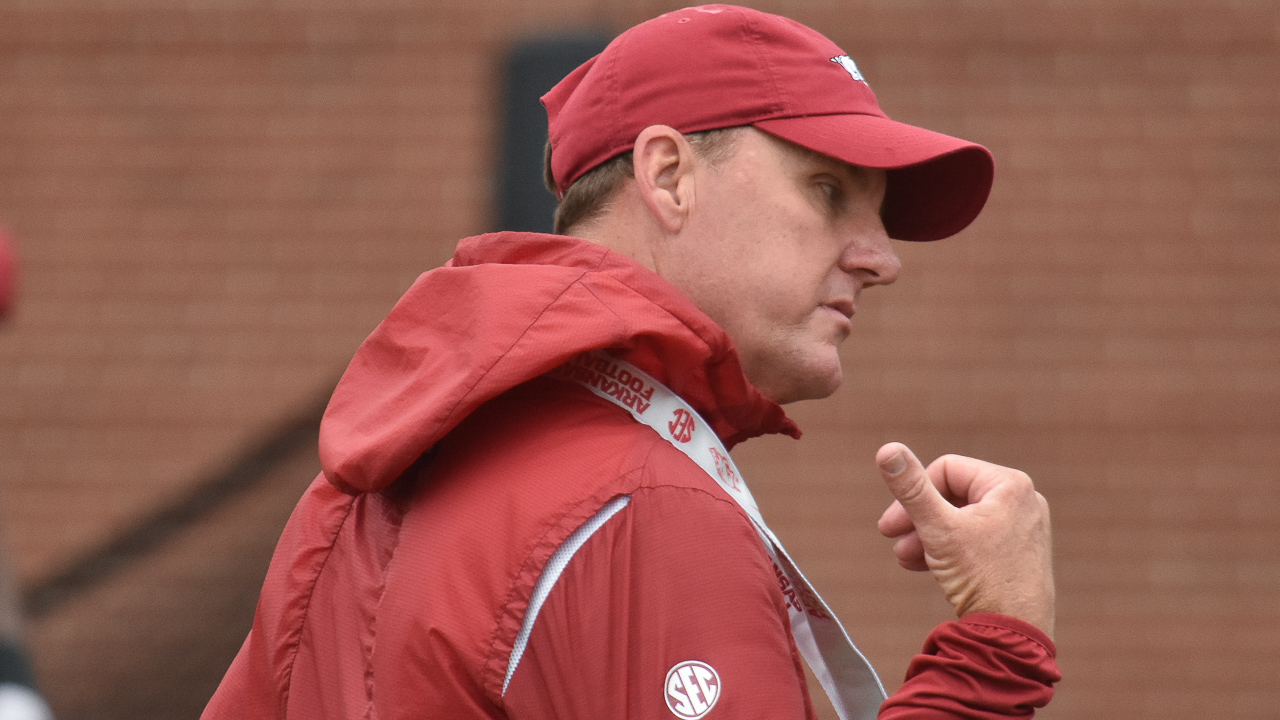 It’s a good thing Chad Morris was a highly successful coach in Texas high school football because on the current track he’s on could he be back there sooner rather than later?

You have to wonder that.

Could the big-money boosters already be ready to pass the hat for the money to give him a negotiated buyout and send him on his way?

Has he lost the confidence of the players at the halfway point of the season?

It’s a question only athletics director Hunter Yurachek could answer and he’s not going to do it. Based on how quickly the Mike Anderson firing came down, it’s doubtful anybody’s going to have a really good read one way or the other until something happens.

But Morris is going to have to start answering questions better than the tap-dance he performed Monday morning in his weekly press conference that is turning more into a wake a couple of days after the wreck.

It’s not helping his case that one of the highly-touted freshman in this signing class has decided to leave halfway through the season:

After speaking with my parents and coaches, I’ve made the decision to officially enter the transfer portal. Thank you Coach Morris and the staff for all you have done ????❤️

There also appears to be grumbling among some other players questioning Morris and the staff. Losing a four-star cornerback when a defense that is getting lit up like a Christmas tree awaiting Santa Claus has him — and some others — sitting on the bench.

With two players leaving (D’Vone McClure announced he’s leaving the program Monday, too) and recruiting de-commitments, could Morris be in the left lane with the hammer down and headed out of town?

There are some wondering why several of the highly-touted freshmen that came in this year are not even seeing the field. Could players be asking the same question?

“You can lose your confidence back there in a hurry at that position,” Morris said. “The worst thing we can do is put a guy out there then we lose him for a lack of confidence. We have to bring those guys along.”

There are some folks asking if he’s bringing them along in practice and not playing them so the next coach has them for an extra year.

Every coach Monday said there’s no mass insurrection on the team, which is about what you’d expect them to say.

Of course you could get the impression the only person they’re trying to convince is themselves.

Nobody expects the Razorbacks to win the next two weeks. Let’s face it, if you got together the best 22 players in program history I’m not sure they would be even with the talent on either the Auburn or Alabama rosters.

Interestingly enough, the Tigers are playing a freshman quarterback this year and it was just a couple of years ago the Crimson Tide won a national title with a freshan a couple of years after nearly winning it with another freshman.

Nobody’s going to say there’s anybody on the roster to make that happen, but coaches all across the landscape of college football seem to be more willing to play freshmen.

Morris, for whatever reason, appears to struggle with it.

Worse, yet, he apparently hasn’t reviewed any history of how to explain it all and his material isn’t something Hog fans want to hear anymore.

“You’re 20 yards away from winning the last two games,” Morris said about the losses to the Wildcats and Texas A&M. “We have to put ourselves in good position. We’ve got to be able to find a way to get the ball in the end zone. We have to finish the deal, and we haven’t done that.”

Fans heard that from Bret Bielema for a couple of years and it didn’t work out well for him.

The coaches wanted to redshirt promising freshman quarterback K.J. Jefferson all along this year, along with some of the other talented freshmen.

Some, including those in the football program, may be wondering why Arkansas is about the only place that appears reluctant to play freshmen.

But could Morris be following a pre-determined script all along? Oh, I’m not about to say he was counting on being 2-4 at this point, but talking about the freshmen here.

Could the plan have been to save Jefferson, running back A’Monte Spivey sit the first eight games? That would get past the Auburn and Alabama games.

Play those freshmen in the final four games when they retain their redshirts, but still give the fans hope for the future?

It’s some intriguing questions. There is the question if anybody outside of the coaching staff knows it. Are there players asking the same questions, which could be filtering down to recruits?

The answers could hold the key to Morris surviving past Thanksgiving weekend.