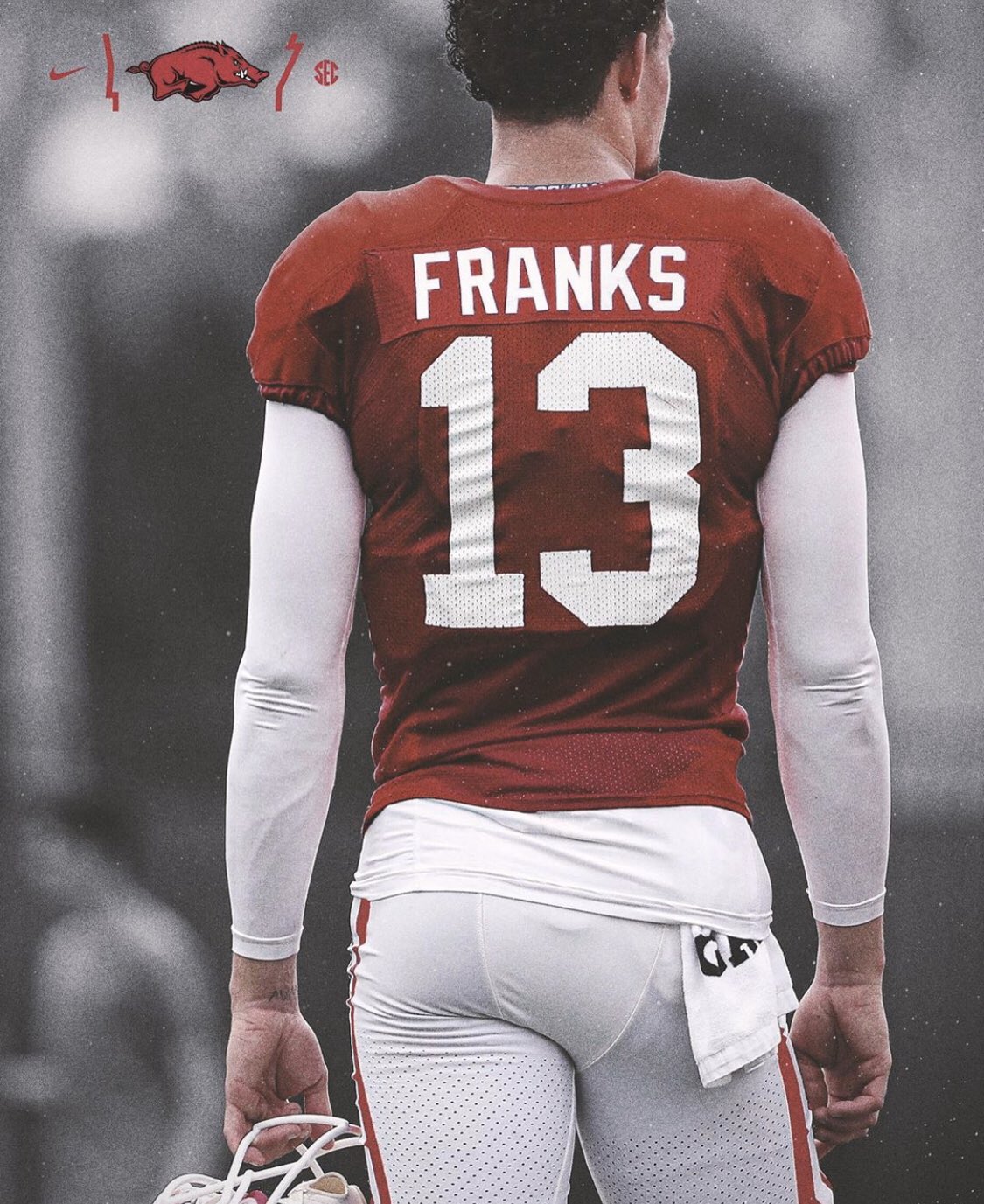 In a position room short on numbers and experience, Feleipe Franks’ announcement Monday afternoon via Instagram that he’s coming to Arkansas was interesting in a couple of areas.

Of course, nobody knows how it will play out, but you would think the Razorbacks are due to have one of these graduate transfer quarterbacks come in and actually grab the job and do something with it.

Last year there were a couple of those that appeared to have as little interest in winning games as they did being here.

Now it will be Franks’ turn after his visit to Fayetteville last weekend where “how genuine everybody is” made the difference.

That is a positive for new coach Sam Pittman and offensive coordinator Kendal Briles. A lot of people had him as a lock to join the Les Miles’ experience at Kansas but the new Hogs’ coaches apparently made a pitch and were able to close the deal.

He was injured against Kentucky this past fall. An ankle injury that required surgery ended his 2019 season. Before being injured against the Wildcats, Franks completed 12 of 17 passes for 174 yards, a touchdown and an interception.

Franks will be the biggest player in the room right off the bat at 6-foot-6 and 238 pounds. More importantly, he’s the most experienced, particularly in the SEC.