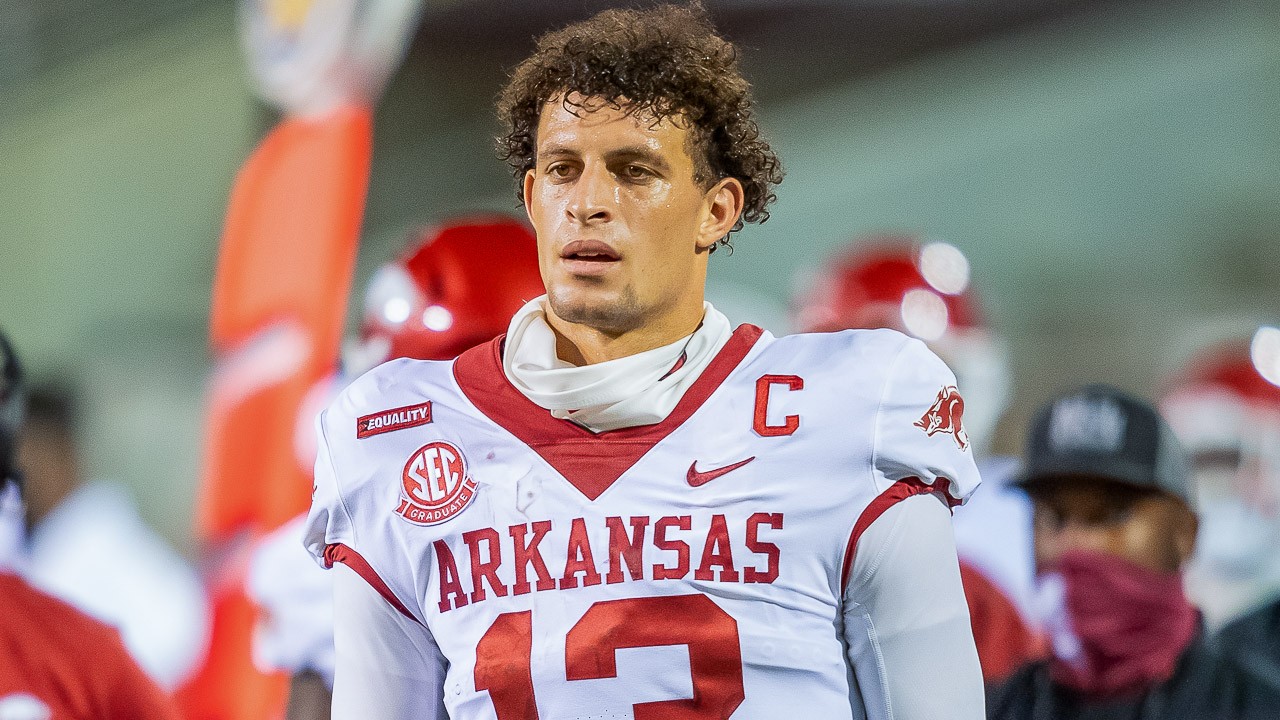 It wasn’t really surprising when Feleipe Franks made the announcement via Instagram on Thursday he was officially leaving Arkansas for a shot at the NFL.

As my journey here at the U of A has come to a close, I want to thank by Razorback family for welcoming me with open arms. Thank you to Coach Pittman and Coach Briles for your unwavering belief in me in very uncertain times. Your love and support for me has helped mold me into the player that I am today. You have truly made my last year of college football better than I could have ever imagined.

To my teammates, thank you for bringing me into your family. The friendships that I have made in just a short period of time will last a lifetime. To the Razorback fans, thank you for the constant support of me and our team. The Hog fanbase is unmatched and a force to be reckoned with. Arkansas will always hold a very special place in my heart and I am blessed to always be able to call Fayetteville home.

I feel truly prepared to take this next step in my life and chase my dreams of playing in the NFL. I can’t wait to see what this next chapter holds.

The bigger question is who’s next?

RELATED:   Hogs' depth problem starting to show up in loss to Auburn

K.J. Jefferson had one good game the last two years (against Missouri a few weeks ago). We haven’t seen enough of Malik Hornsby to know one way or the other.

None of them will be able to do what Franks did. He ended up being the perfect quarterback at the perfect time for the Razorbacks.

For the past two seasons, eight different people had started at quarterback. Yes, that number is correct and I’m not going to run down the list.

None of them really had a chance to learn enough to be able to fail. The only one that came close left, then returned a year later with an non-Power 5 team and beat the brakes off the Hogs in Fayetteville.

With a new coaching staff, Franks was taking a chance coming from Florida. Let’s face it, Fayetteville is a little different from anything down there.

Then throw in a pandemic and you have about as many variables thrown into an equation as could exist. It’s never been like that before.

Through it all, Franks was clearly the leader of the offense by the time they re-assembled in Fayetteville over the summer. He led by example more than anything.

In a season where a lot of players used the NCAA-approved “opt-out” as a cop-out to simply quit, Franks made it clear that was not an option. He was going to play in the Texas Bowl … willingly and to win (which is more than most of TCU’s team).

Franks will likely be drafted in the NFL Draft at the end of April. He probably won’t be a high choice, but he will be drafted.

That’s more than a couple of players that quit on the team before the season ended “to prepare for the NFL Draft” where their name probably won’t be called. In case you’re wondering, I’m not talking about a single player that chose to not play for issues relating to covid-19.

In my opinion, the ones who quit to prepare for the draft during the season forfeited the right to be called ex-Razorbacks. They shouldn’t be allowed that right when they walked away from it.

Not Franks. He will always be a Hog.