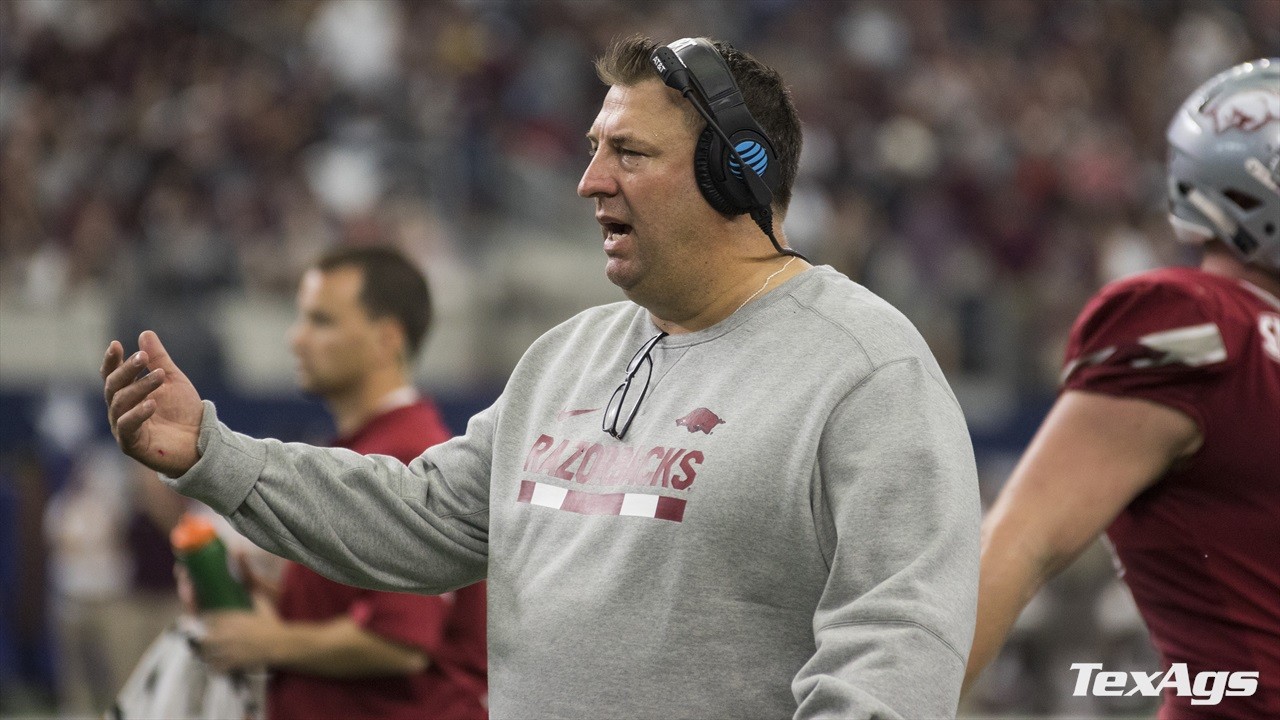 The Razorback Foundation waited two weeks to give Bret Bielema an answer to his lawsuit and they are asking the entire lawsuit to be thrown out.

The story was first reported by Tara Talmadge at NWAHomePage.com and Hogville.net

Stranger things have happened, but this was a move probably expected and it will be more interesting if the court dismisses the entire matter.

“Bielema preemptively filed suit in an effort to avoid being sued himself in Washington County Circuit Court and presumably to frame the media’s report of the dispute,” the Foundation claims in requesting a dismissal. “In truth, while Bielema attempts to point the finger at the Foundation, he shoulders the blame.”

Basically the lawsuit points out what was pretty obvious. Bielema took the equivalent of a low-paying graduate assistant position with the New England Patriots and was getting NFL experience while expecting the Foundation to keep paying him.

Nice try, but the contract Jeff Long gave him did make things a little tougher. The Foundation’s argument is he essentially didn’t try to find anything better than that low-paying gig at New England.

“Specifically, his obligations would be satisfied only by obtaining a job that paid more than $150,000…” according to the lawsuit.

It was interesting he’s the only coach hired by the UA that hasn’t been able to accomplish that. Bobby Petrino got fired for cause in 2012 and had a head coaching position making more than that by 2013.

Mike Anderson landed a million-dollar job as the head coach at St. John’s shortly after being fired last year and even Chad Morris, who proved incapable of winning a single game in the SEC, got a job at $750,000 coaching in the SEC.

To a large extent is standard legal maneuvering. Both sides claim the other is at fault and both are usually looking for a way to either make money or keep from paying money.

This one, though, is Bielema wanting to have the Foundation foot the bill for his laziness. He really has no other option to make other than everybody else figured out he wasn’t good enough to get a job.

Or, if the Foundation allegations are correct, even bother to seriously try to get one.

“Bielema made no effort to look for another job; did not obtain another job; did not report his efforts to find a job; and signed a contract in violation of the Release Agreement by contractually prohibiting himself from meeting his affirmative duty of mitigation, including his duty to seek other employment,” the Foundations says in seeking to throw out the suit.

If that’s accurate, Bielema basically left Arkansas and figured he could carve out a career path in the NFL and take his time. After all, he was still going to get a whopping amount from the Foundation.

According to the lawsuit, the Foundation told him in January 2019 he had violated his contract and weren’t going to pay him any more.

Nobody told me the Foundation had done this when I wrote in 2019 that is precisely what they should do.

Now Bielema has to take a position publicly in a Washington County court that he wasn’t good enough to get a better job.

It appears from this corner that if you’re as good as you kept telling all of the Razorback fans you were that landing another job making over $150,000 a year as even a position coach at a major college shouldn’t be that difficult.

Maybe it’s not a head coaching position. Let’s face it without adult supervision like he had at Wisconsin, Bielema pretty much proved he didn’t have a clue how to handle a big-time program.

Either that or figured he could just take his time and do what he wanted, however he wanted and Arkansas would continue paying him millions.

Which might end up happening anyway, but not without a fight.