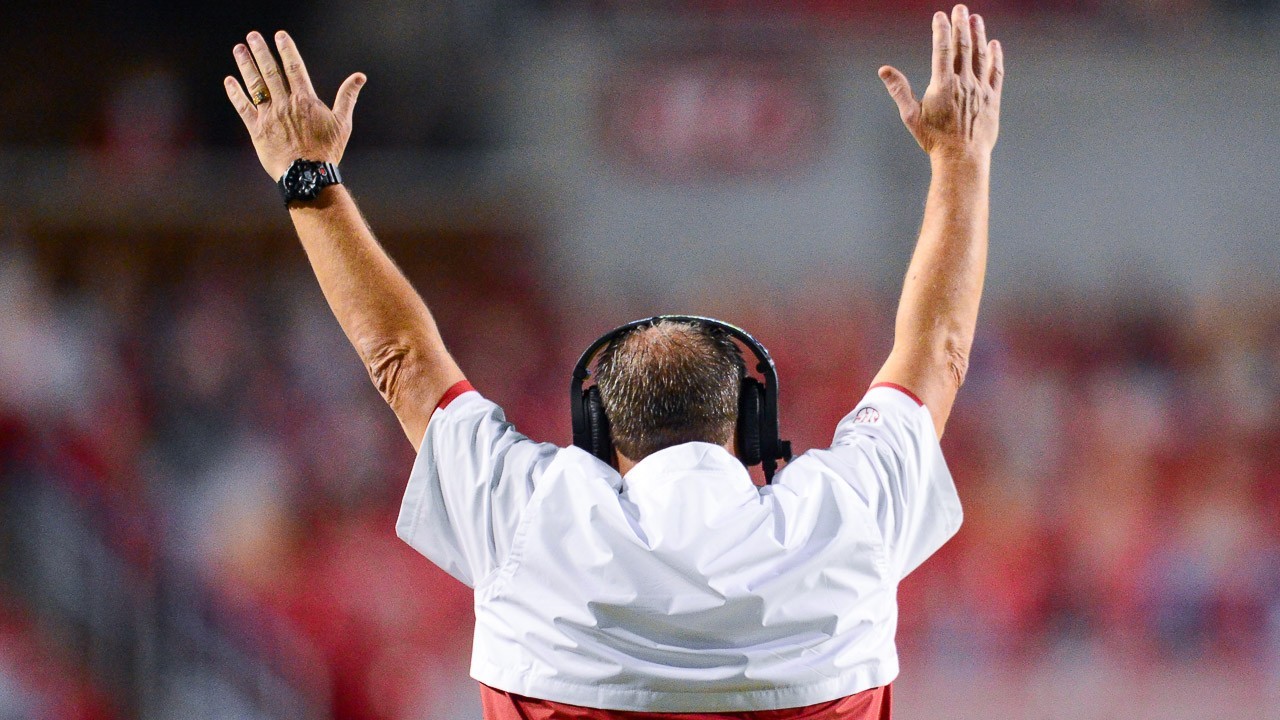 Even though Arkansas has some rather cupcake football games scheduled down the road don’t be too shocked if they get replaced by much stronger teams.

Well, that’s only if the Razorbacks get good enough for just winning six games not being a primary objective every year. That’s where they are now.

The first expansion of the College Football Playoff to 12 teams is going to pretty much guarantee that and Sam Pittman’s former boss, Kirby Smart at Georgia, may have had the best comment of all on it recently.

“It’s not the losses that are going to kill you … it’s not playing the best teams,” Smart told ESPN’s Marty Smith and Ryan McGee over the weekend. “Losses won’t kill you when you start talking about top 12. You’ve got to have a powerful schedule and go play good teams.”

With the announcement last week that a 12-team playoff is now recommended, some fans will think their non-Power 5 school will get to play for the title.

Other people will talk about it being too much for the players, which is a ridiculous argument because the extra games will happen during the downtime between semesters. For the few schools with extra games the only thing it may interfere with is a trip home.

Don’t use the “too much risk for the players.” They are 18-21 years old. NFL players are older and play 17 regular-season games in a sport that is far faster and more physical than anything at the collegiate level.

It’s a blatant extra cash-grab for college football, but what it will do is allow a program like the Hogs to have a better chance to play for a title if that ever becomes a realistic possibility. They don’t have to win the SEC West to stay alive and could even finish third to have a shot.

Under a 12-team playoff format, the SEC would have had 14 teams over the last four years in the top 12, Bill Connelly at ESPN.com wrote last week after doing a dive into the numbers.

Here’s the breakdown of SEC teams in an expanded playoff system since 2017:

Don’t get it wrong. You can’t win just six games, lose to six SEC teams in close games and expect to get in.

But you could go 10-2, have close losses to Alabama, Georgia or some other highly-ranked powerhouse and still have a legitimate chance to get in there.

For a program like Arkansas, it can give fans hope in a year unlike anything they’ve had since 2011 (the second straight year the Hogs won 10 games and finished third in the final polls in their own division).

One loss won’t kill you. The guess is two won’t, either … if you don’t have a bunch of rent-a-wins on the schedule.

Most of the talk is about how this provides hope for Group of 5 schools to get into the playoff the real winners could be teams in the SEC.

At least some will have hope when they have their best seasons.