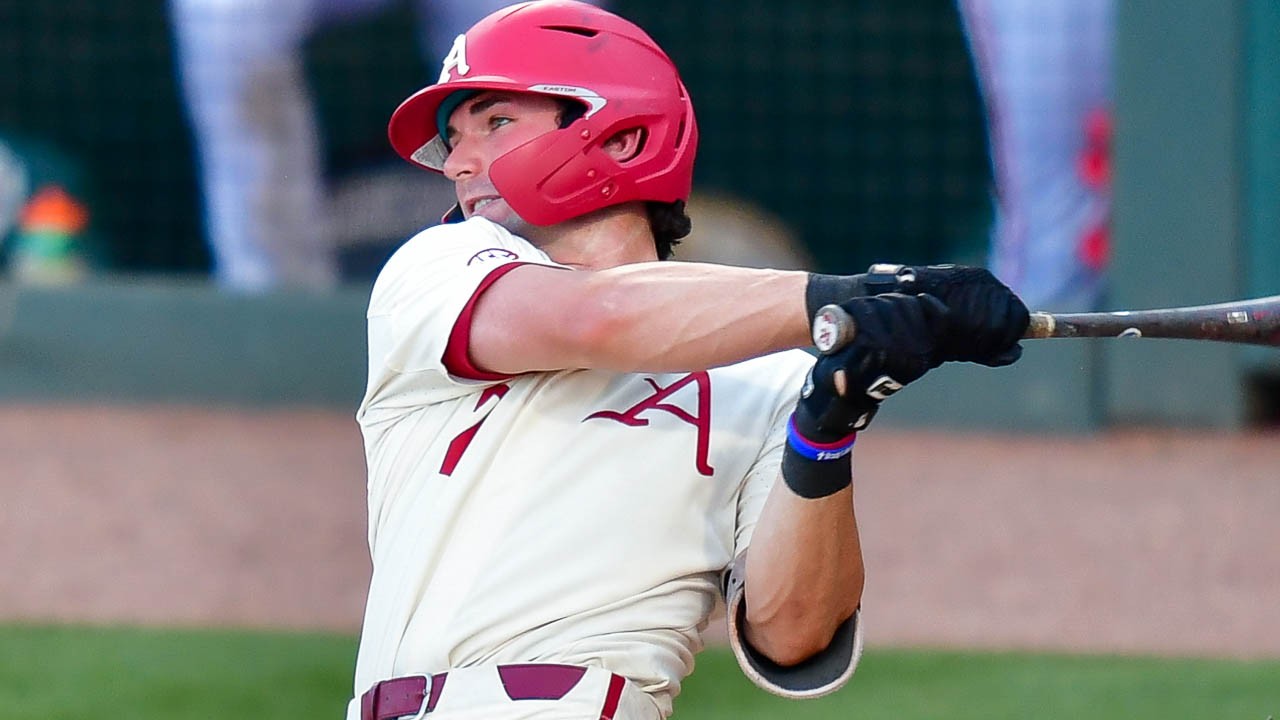 Dave Van Horn made the right decision starting Kevin Kopps who held up his end of things but Arkansas couldn’t get hits at the right time and won’t be in Omaha.

North Carolina State won Sunday, 3-2, and they will be in the College World Series.

Some fans are looking to blame anybody. Others put the blame on Van Horn for starting Kopps and not having him available late.

Kopps was the best pitcher in all of college baseball. If nothing else, he’s shown his arm defies all logic the numbers nerds keep spouting about pitch counts and that sort of babble.

Counting his pitches is a waste of time because it doesn’t seem to matter.

“There’s not too many guys I would let pitch as much as I let him,” Van Horn said.

The Razorbacks’ coaching staff talked about whether to start him or bring him in early right after the 6-5 loss to NC State on Saturday.

Pitching coach Matt Hobbs put the choice to Kopps. He’d earned it with his performance this year.

“There’s not much difference between 114 pitches and 125 … it’s all the same,” Van Horn said. “Late in the game he was better than he was early in the game.”

Kopps, who spent about an hour after the game giving autographs and visiting with Hogs’ fans after the game, didn’t make any big mistakes, including the ninth-inning homer by Jose Torres.

“Torres went down and hit a good pitch and hit it a long way,” Van Horn said. “Gotta give him credit, sometimes the hitters just get you.”

The Hogs couldn’t just get to Wolfpack pitching and that proved to be the biggest problem in the series.

Elliott Avent probably won this series on Friday night when he just used half the game as an extended practice session for his team in a 21-2 loss.

Van Horn knew what Avent was doing. The Hogs weren’t going to see any of those pitchers the rest of the series.

On the other side, Van Horn didn’t have many options. He had started the only other pitcher he probably had a lot of confidence in Friday night when Patrick Wicklander started and lasted six innings.

The only consistent thing about this Arkansas pitching staff has been inconsistency. Kopps bailed out this staff in more games anybody would really want to count.

Starting Kopps was Van Horn’s best shot of getting to Omaha and it probably would have worked out if the Hogs suddenly ran into a pitching staff they couldn’t consistently hit.

All of that arrived at the worst possible moment for Razorback fans, many of whom were already making plans for Omaha. You never get too far ahead of things when it comes to sports because it can all come crashing down in one game.

In baseball that’s what happens when you don’t get hits at the right time.