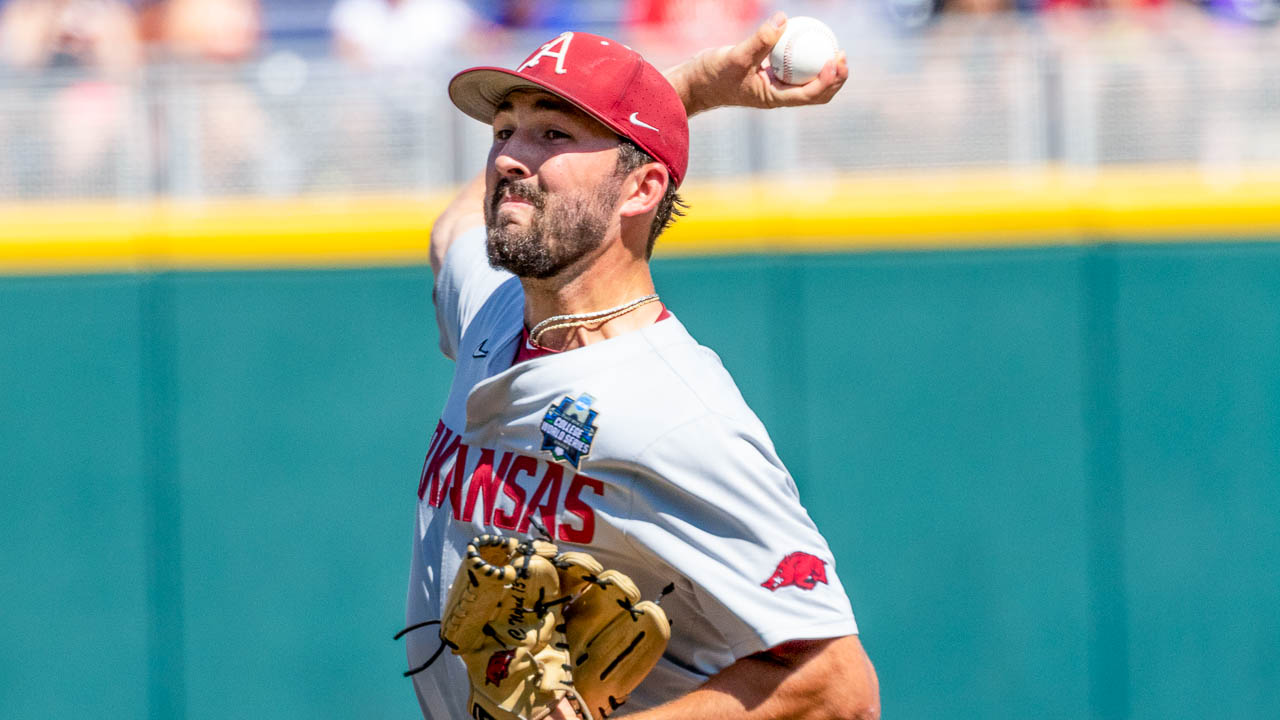 OMAHA, Neb. — In the most important game of the season, the Razorbacks walked away with a zero in the run column after just two hours Thursday.

Ole Miss’ Dylan DeLucia tossed a four-hitter, lifting the Rebels to the College World Series Finals with a 2-0 victory.

Arkansas sophomore third baseman Cayden Wallace and graduate catcher Michael Turner strung together two-out singles in the first, but the Hogs failed to score either of them, missing a big opportunity to take an early lead. Including the third out of the first, DeLucia retired the next nine Hogs in order.

Graduate right fielder Chris Lanzilli picked up a two-out knock in the fourth, but again, DeLucia mowed through the next nine Razorbacks.

Junior second baseman Robert Moore hit an infield single, and senior shortstop Jalen Battles reached on an error to put a pair of runners on in the seventh, but DeLucia induced a groundout on the next pitch to end the threat. He sat down the next six Arkansas hitters in order to finish the complete game shutout.

Opposite DeLucia was right-hander Connor Noland, who put together perhaps his best outing in a Razorback uniform. In his last collegiate game, the senior threw eight innings, allowed two runs on seven hits, walked no one and struck out seven batters.

Only twice did the Rebels have a leadoff hitter reach, but they cashed in both times. Third baseman Justin Bench scored in the fourth on a two-out double from left fielder Kevin Graham, and first baseman Tim Elko came home on right fielder Calvin Harris’ RBI single in the seventh.

Senior left-hander Evan Taylor got the call for the ninth, which he handled perfectly. The heart of the Razorback order still could not solve DeLucia after 102 pitches, and the Rebels defeated Arkansas for the second time to advance to the national championship series.

The Hogs finished the season at 46-21, marking the fourth consecutive full season with at least that many wins.