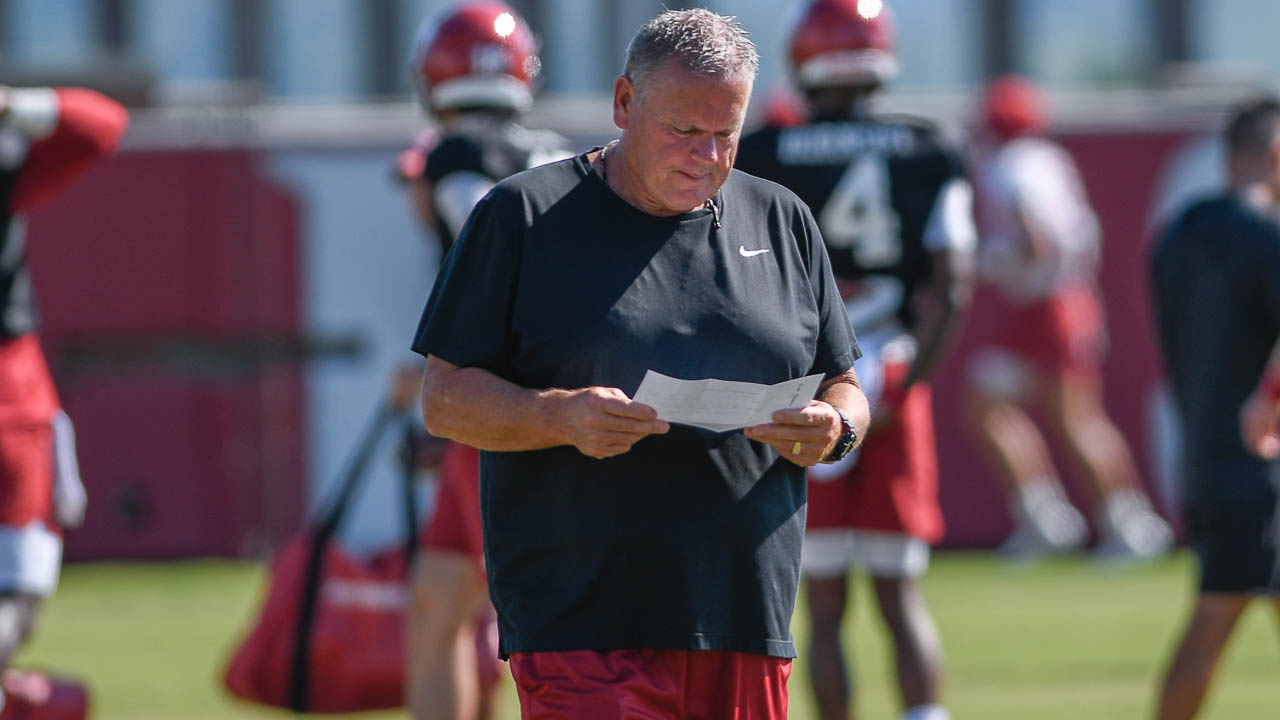 For the first time in a three-game losing streak, Arkansas got physically manhandled by a team not known for that.

Mississippi State hasn’t been a physical team in a decade or so, but they were Saturday in a 40-17 win over the Razorbacks in Starkville.

The beat the Hogs about every way you can except in the kicking game but unlike last year it didn’t come back to haunt Mike Leach.

“We need a bye week,” Hogs coach Sam Pittman said later. “But we don’t have one coming for a couple of weeks.”

First they have to go to Provo, Utah, to play a BYU team looking to play back into the national rankings (at least we’re assuming they’ll fall out Sunday) after coming up short in Las Vegas against Notre Dame, 28-20.

The Hogs have to travel for a second straight week and right now Pittman doesn’t have any answer for a defense that has mysteriously struggled with injuries and everything else the past few weeks.

The Cougars throw the ball. Arkansas’ biggest problem before Saturday was stopping a passing game. The Bulldogs may have exposed some big issues stopping a running game, too.

MSU running back Dillon Johnson had 173 yards on the ground … out of a one-back offensive formation.

“It surprised me they could do it without using two backs,” Pittman said. “We knew they ran hard, but they ran over us. We couldn’t get (Dillon Johnson) on the ground.

In other words, he admitted what we’ve seen through six games. This defense has problems all over the place … with the exception of linebacker where Bumper Sanders (who passed Tony Bua for the all-time team tackles record) and Drew Sanders forming a tandem that is playing the best.

Part of that is they’re good. Another part of it is nobody can make a tackle in front of them and if you’ve got guys in the secondary leading the team in tackles it’s an entirely different (and bigger) problem.

With Myles Slusher and LaDarrius Bishop out for the game, they lost Jayden Johnson. There’s no telling right now who will be available against BYU and we probably won’t find out a whole lot this week.

For a team struggling on defense, getting more people hurt is the last thing they need.

Pittman won’t use injuries as an excuse. It may be a contributing cause, but this team out-scored people until they got to Texas A&M and the Hogs couldn’t put more on the board in the last three games.

Now they have a three-game losing streak in the works for the 10th time in the last 11 years. The only reason they didn’t have one in 2016 was because they ran out of games and, if you remember, that’s when things began to completely come unraveled in the Bret Bielema years.

Pittman had a four-game losing streak in 2020, which was such a goofball year it throws off all comparisons. His task now is to keep the wheels on things and try to set up a run in the final five games.

Right now, though, it’s hard to find a lot of Razorback fans holding out much hope.