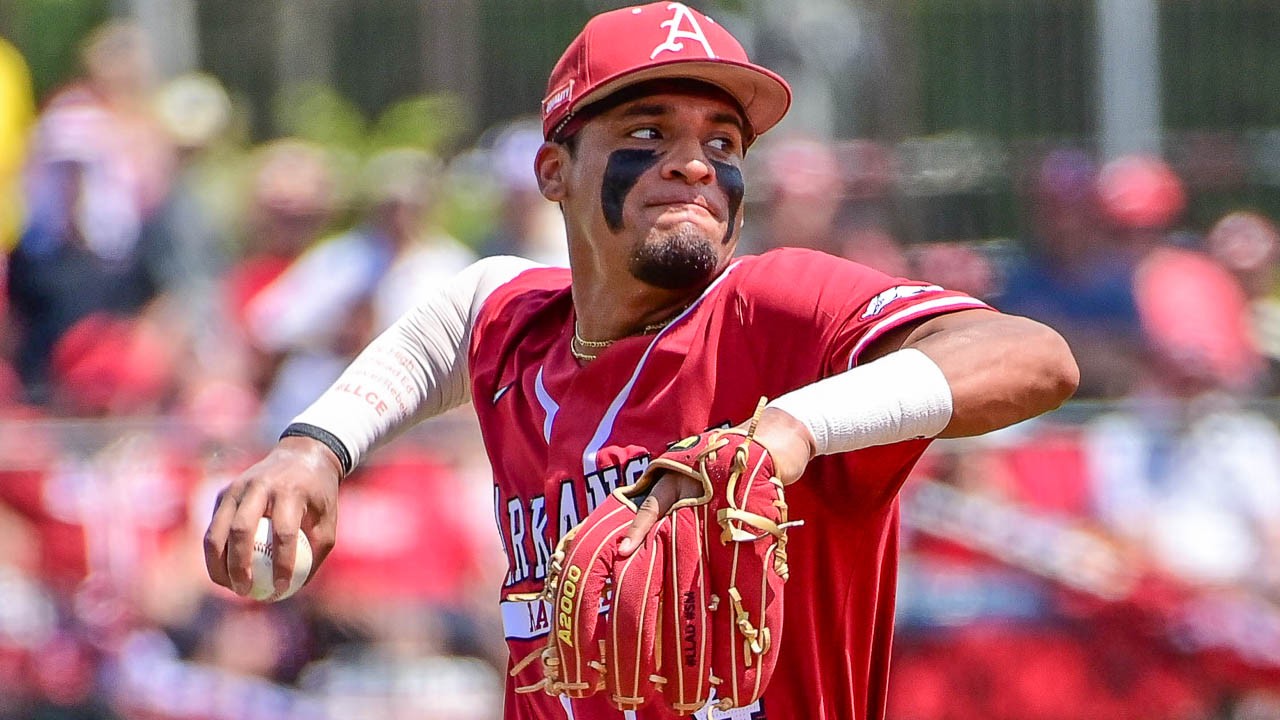 After a whopping blowout win to open this weekend’s Super Regional a lot of Arkansas fans were already planning parties for clinching another trip to Omaha.

A lot of them forgot the Razorbacks started SEC play with a 16-1 loss to Alabama.

When Charlie Welch hit a two-run homer in the second inning for a 2-0 lead some may have been getting the ice ready for the party.

“Just the way it works,” he said after a 6-5 loss to set up a game Sunday for that trip to Omaha. “Gotta go down to the last day to see who advances.”

North Carolina State wasn’t down in the dumps after getting kicked sideways Friday. They pretty much started waving the white flag early. Van Horn knew that, too.

“We kind of knew what was going on,” he said. “They were throwing pitchers that they weren’t really planning on using here. So we took advantage of them, got some hits, a lot of things went our way.”

Maybe most importantly, he knew they were putt that game in the rearview mirror long before the last out.

“I don’t think it was an embarrassing loss yesterday,” NC State coach Elliot Avent said Saturday. “Obviously the score was lopsided. When you are playing with 240 teams being sent home, I don’t think there’s anything embarrassing about that.”

The Wolfpack had a pretty good record after losses this season. A lot of folks weren’t wanting to hear about that Friday night. The general assumption was this was going to be over Saturday in time for some celebrating.

“They’ve done this all year and nothing needed to be said,” Avent said about Friday’s loss. “That’s all you can do about that.”

At this point, you’ve got what you’ve got and it’s about the only way any coach can deal with things at this time of the year.

“NC State did a great job coming back today,” he said. “We knew today was going to be tough.”

He knew what was coming because teams don’t get this far in baseball by being lucky. It’s not win and advance or winner-take-all in baseball. Van Horn’s seen his team do it all season.

“They usually respond and they play pretty well when it comes down to winning a series,” he said later. “It’s going to be a great ball game.”

That’s a confidence from being perfect through every SEC series in a season.

Welch said Van Horn’s message to the team after the loss was like it has been all year.

“We’ve been doing this all year,” he said later. “Just stay who we are. Do not try and do anything different. It’s all about winning the series.”

The players have confidence in the approach, too.

“We know what we have to do,” he said. “Nothing changes just because it’s super regionals. It’s just another game.”

A lot of Hogs’ fans aren’t looking at it that way.

And probably shouldn’t be.