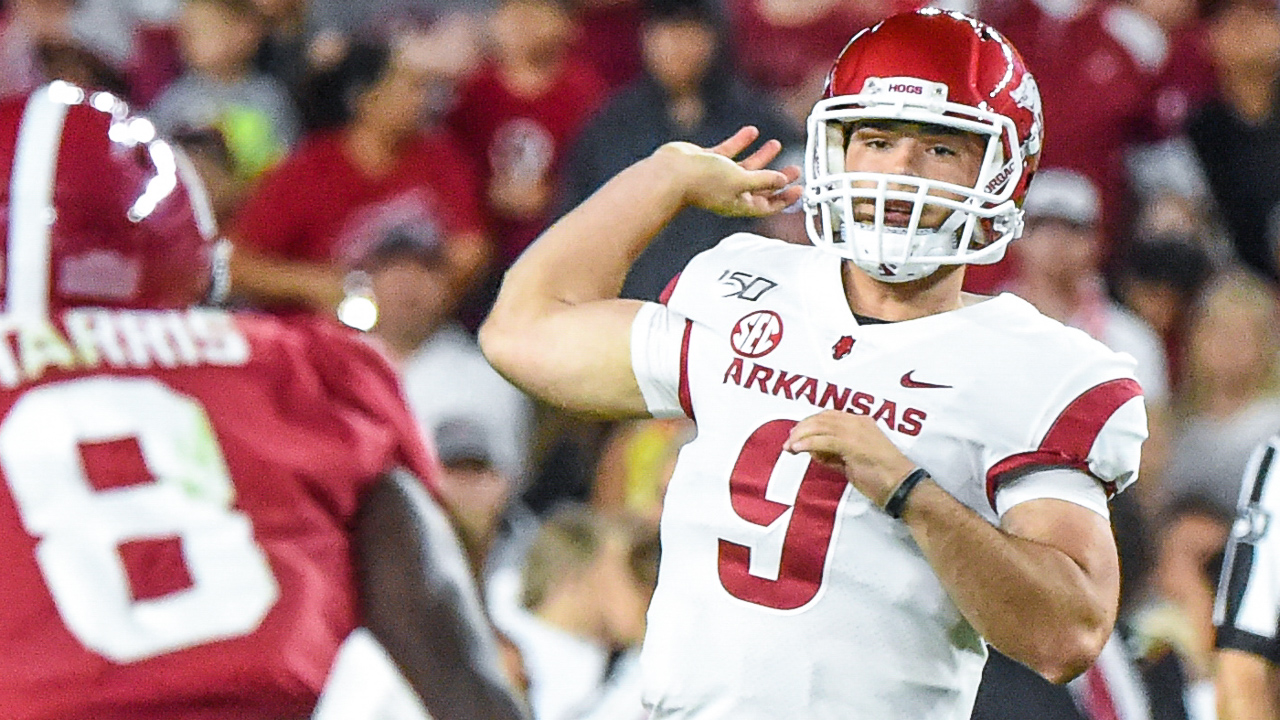 Nobody expected Arkansas to come out on top against another No. 1 Alabama team on Saturday night, but Nick Saban self-imposed a mercy rule in the second half in a 48-7 win.

It was 41-0 at halftime with three interceptions thrown by Razorback quarterback Nick Starkel, who also threw in a fumble leading to 24 of those points.

Yes, it was that bad.

The Hogs couldn’t sustain any momentum offensively again, primarily because Starkel kept giving the top-ranked team gifts. It didn’t help when Nathan Parodi fielded a kickoff and stepped out of bounds on the 2.

If there was a positive in the carnage of an Arkansas team that is now 2-6 on the season and an 0-15 start for Chad Morris in SEC games, it was John Stephen Jones, who made a couple of cameo appearances in the first half of this one before somebody finally sat Starkel down.

Starkel finished 5-of-19 passing for 58 yards with three interceptions (one returned for a score) and a fumble when he couldn’t field the snap from center (which was fine) and it sailed downfield before Alabama fell on it.

About all it did was avoid a shutout, but it did show what the coaches talked about all August: Jones could get the team into the end zone more than the other quarterbacks.

He finished 6-of-7 for 49 yards and the scoring pass, but no interceptions and he also seemed more adept at the run-pass options this offense needs to have any shot at being successful.

It’s not important how far the quarterback runs, but that he can turn sacks into any kind of positive yardage and avoid turning the ball over.

The Hogs fell to 2-6 on the season with the loss and 0-5 in the SEC. They will host Mississippi State next Saturday on homecoming in a 3 p.m. game.