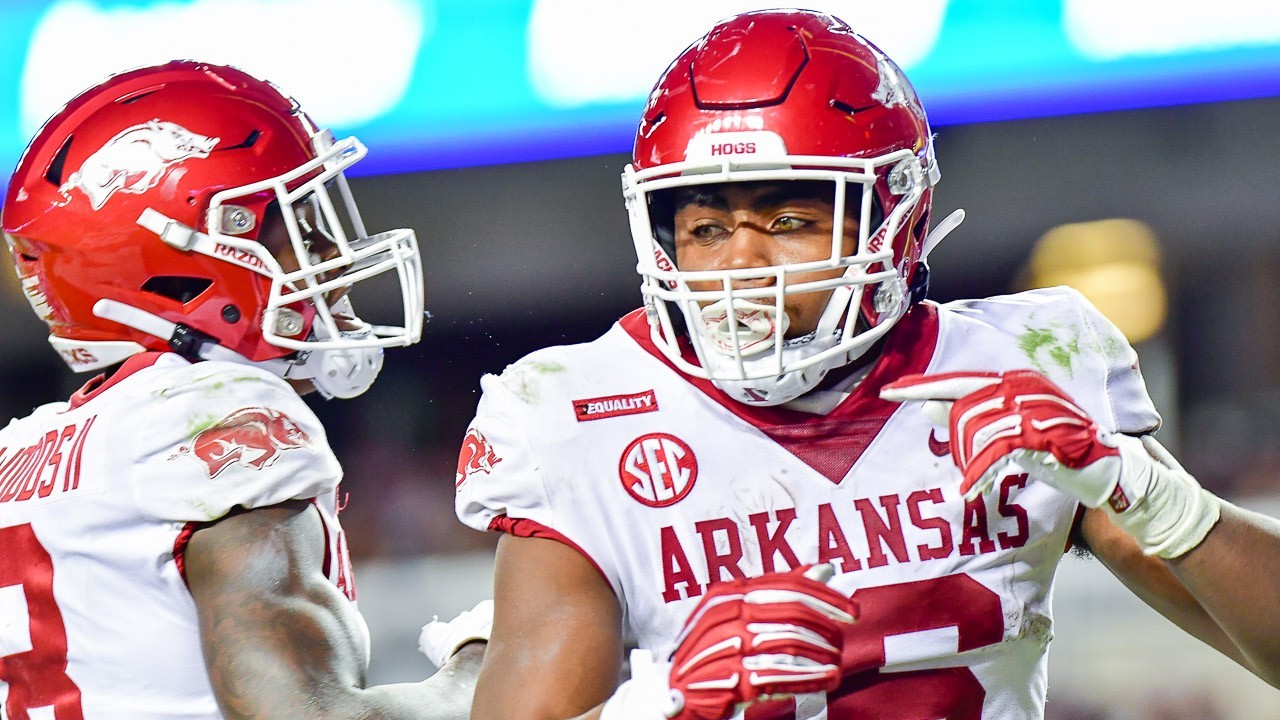 Tennessee has almost played like two completely different teams through the first half of the season and Arkansas has to figure out which one will show up Saturday.

In a season with Covid-19 and a host of other issues, some teams started fast the first couple of weeks while others appear to be hitting their stride now at the halfway point.

For the Vols, it’s almost like they fell apart at halftime of the Georgia game.

That should sound a little familiar to Razorback fans. The Vols won their first two games of the year over South Carolina and Missouri until it fell apart in the second half against the Bulldogs.

Since that game, Tennessee has fallen apart. The blowout loss to Kentucky was bad. Getting hammered by Alabama was expected, but the loss to the Wildcats was worse for Jeremy Pruitt as quarterback Jarrett Guarantano was terrible in that game.

Hogs quarterback Feleipe Franks hasn’t been terrible in any game. Sure, he’s had his bad reads, thrown some picks and had things go wrong but for the most part the offense has gotten better every week.

The Hogs got the running game going against Texas A&M last week and Franks being a threat to take off for positive yards was a positive, despite tripping over the yard lines at time.

It opens things up for Rakeem Boyd and Trelon Smith.

Add to that Treylon Burks being the obvious first target for Franks and offensive coordinator Kendal Briles figuring out ways to get him the ball and they are starting to pile up yards … and points.

Statistically, the Hogs are better but still not getting much respect. Tennessee is somehow a 2-point favorite on the road, which makes no sense.

This is one the Hogs will win.

Pete Morgan is trailing in our picks contest by 2 games and won’t make up any ground this week with only four games on the schedule with a lot of byes.

Florida vs. Georgia (-3): Dan Mullen’s pocketbook is a little lighter this week after getting fined by the league office for running into the middle of the on-field brawl last week. In the past this has led to some extra motivation for the Gators, but I don’t have enough belief to walk out on THAT limb. Georgia 28, Florida 24

Texas A&M (-10) at South Carolina: If there is an upset special, this could be it. Aggies quarterback Kellen Mond played out of his mind against Arkansas last week, but I’m not thinking he’ll do that two weeks in a row and the Gamecocks could be catching A&M just right. But I’m not going to pick an upset, just don’t be surprised if it happens. Texas A&M 28, South Carolina 24.