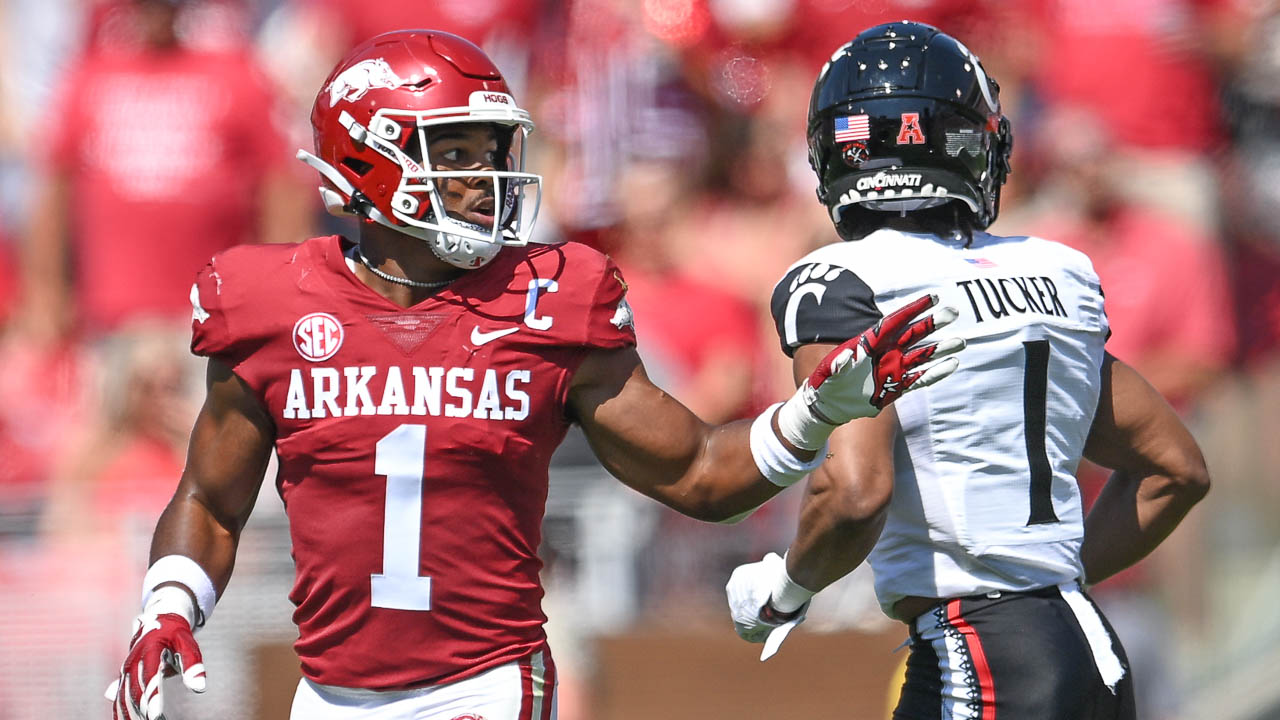 FAYETTEVILLE, Ark. — Last week was a nice win by Arkansas, but this week means more.

Winning a non-conference opener was the objective, but now the games start to mean something when the Razorbacks open SEC play against South Carolina on Saturday at 11 a.m. in Razorback Stadium.

You can watch the game on ESPN or listen online here or on ESPN Arkansas 99.5 in Fayetteville, 95.3 in the River Valley, 96.3 in Hot Springs or 104.3 in Harrison-Mountain Home.

Now the Hogs may have to win against a team that has a quarterback who probably won’t miss wide open receivers running free behind the Hogs’ secondary like Cincinnati did last week.

Spencer Rattler was the No. 1 player in the country coming out of high school and he won 15 games in a row for Oklahoma after a rough two games to start his career there.

Now he’s got a new life with the Gamecocks and he’s going against a Razorback secondary that might be missing a couple of safeties who started last week’s game.

There were internet rumors about Jalen Catalon being done for the season with a muscle tear in his back, but nobody that knows anything was confirming it Friday night and no sources are being cited.

We won’t know about Myles Slusher until everybody comes out of the tunnel.

This game may be a lot closer that a lot of Arkansas fans would like to see … or thought in August we’d see.

But if they can run the ball and get another big day from quarterback KJ Jefferson they should be able to out-duel Rattler and the Gamecocks.

After a thrilling week of competition with some fairly easy games, the HitThatLine competition may or may not heat up this week. There aren’t a lot of close games in front of the league, so we’ll wrap this up pretty quickly.

Alabama (-20.5) at Texas: If the Longhorns are back as many of the faithful proclaim way too often, they have a big window to make this one closer than it should be. Nobody is giving them a chance to win, but Crimson Tide coach Nick Saban is giving them the usual public credit. Alabama doesn’t cover, though. Alabama 42, Texas 28

Wake Forest (-13) at Vanderbilt: The Commodores’ two-game winning streak comes to an end. Some analysis here would be nice but I honestly haven’t paid any attention to either team, but until Vandy wins a league game I’m not picking them. Wake Forest 49, Vanderbilt 31

Missouri at Kansas State (-7): This was what I thought would be the first loss of the season for the SEC and then LSU couldn’t kick an extra point after the defense took a half off. The Wildcats have stayed consistently average (Kansas is worse) while the Tigers have managed to maintain mediocrity for awhile now. Kansas State 28, Missouri 21

Tennessee (-6) at Pittsburgh: A lot of people got all excited after the Panthers won a big game last week, but it wasn’t against an SEC team with an offense that can break the scoreboard. Tennessee 45, Pittsburgh 31

Kentucky at Florida (-6): The Gators should always be good. Any time they aren’t in the top five in recruiting the recruiting coordinator should be fired because you can get that within a 200-mile radius of Gainesville. There may or may not be issues with the Wildcats, but Florida just might be pretty good. Florida 31, Kentucky 16

UCA at Ole Miss (NL): The Bears needed a check and the Rebels were happy to get a practice game to help decide their quarterback battle. Kind of like a game down in Georgia. Ole Miss 63, UCA 7