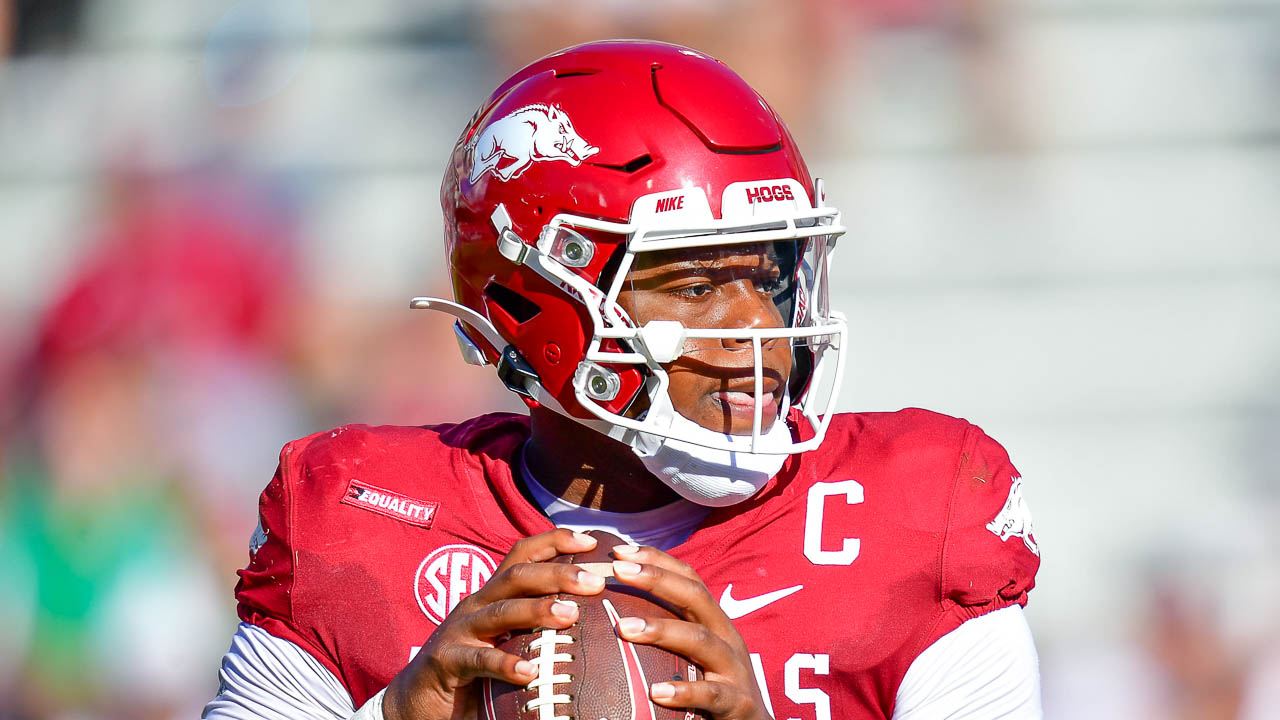 Oh, and some serious dysfunction with Razorback football for nearly a decade. That’s the polite way of referring to a string of John L. Smith, Bret Bielema and Chad Morris.

The fact the Aggies had to pull out three overtime wins during that stretch is the real head-scratcher.

There are a lot of Hog fans that think this should be a blowout end to the A&M winning streak. It honestly shouldn’t have gotten this far, but there have been some weird things happen in this series.

It wasn’t really that close.

Jackie Sherrill had some dandy teams in the 1980’s … until Ken Hatfield’s Flexbone offense had the Aggies’ All-Pro linebackers more worried about their knees than tackling anyone. Sherrill still shudders if you just mention Hatfield.

Arkansas is playing with a confidence not seen for awhile.

Beating A&M’s big brother Texas (the Longhorns have won 64.4% of their all-time matchups) gave Sam Pittman’s team a boost into the Top 25 and many fans are expecting a blowout Saturday in AT&T Stadium.

It’s not a false confidence.

The Hogs are able to put up yards in huge amounts on the ground, mainly due to an experienced offensive line that is deep and positionless.

They showed last week KJ Jefferson can hit passes. He can also break a game loose with his running, which is the thing most teams going forward are going to be trying to stop.

Barry Odom’s defenses, though, are probably keeping opponents up at night. His little wrinkles every week have given really good quarterbacks fits.

Texas A&M has a quarterback that’s played about a game and a half this year, an offensive line that is starting a freshman at center and a defense that has struggled to stop the run.

The Longhorns’ little brother still has some growing up to do.

And it’s still early in the season.

After kicking the hated Longhorns sideways, the Hogs thump little brother out of the way. To use the trademark Ruscin & Zach phrase, Gimme the Hogs, Chuck!

Pete Morgan is dragging around getting in his picks as we are now locked in a tie. But it’s just after three weeks, so no reason to start fainting in panic, although poor ol’ Pete doesn’t even realize the trap he’s in.

Georgia (-35) at Vanderbilt: The only shock here would be if the Commodores get a big day from Lionel Richie … oh, wait wrong deal. This one might still be interesting halfway through the first quarter, but I doubt it. Georgia 45, Vanderbilt 10

LSU (-2.5) at Mississippi State: This is absolutely the hardest game to handicap because it’s hard to feel very confident going either direction here. The Tigers may be the favorite here, but something just feels dysfunctional right now around them. The Bulldogs may be a bigger mess right now, but I’m going to probably give Pete a chance here. Mississippi State 31, LSU 28

Missouri (-1.5) at Boston College: While not the toughest game to handicap (see above), it is a tricky one because the Eagles aren’t that bad. We don’t really know WHAT Missouri has this year for sure. Missouri 28, Boston College 27

Georgia State at Auburn (-27): Sooner or later we’re going to get rid of these games that people actually think they’re going to be able to figure something out about their team. It’s okay to yawn. Auburn 48, Georgia State 14

Tennessee at Florida (-19): My guess is this game is going to be closer than the spread because the Gators are probably going to have a hangover after nearly beating Alabama last week. But they’ll straighten up before the end of the game and the Vols aren’t very good right now. Florida 28, Tennessee 21

Kentucky (-5) at South Carolina: Exactly how the Gamecocks are expected to keep this game close is surprising. South Carolina is figuring out a new coach and trying to get things sorted out. Kentucky 35, South Carolina 21

Southern Mississippi at Alabama (-45.5): I’m not even going to waste your time analyzing this. Alabama by whatever Nick Saban wants