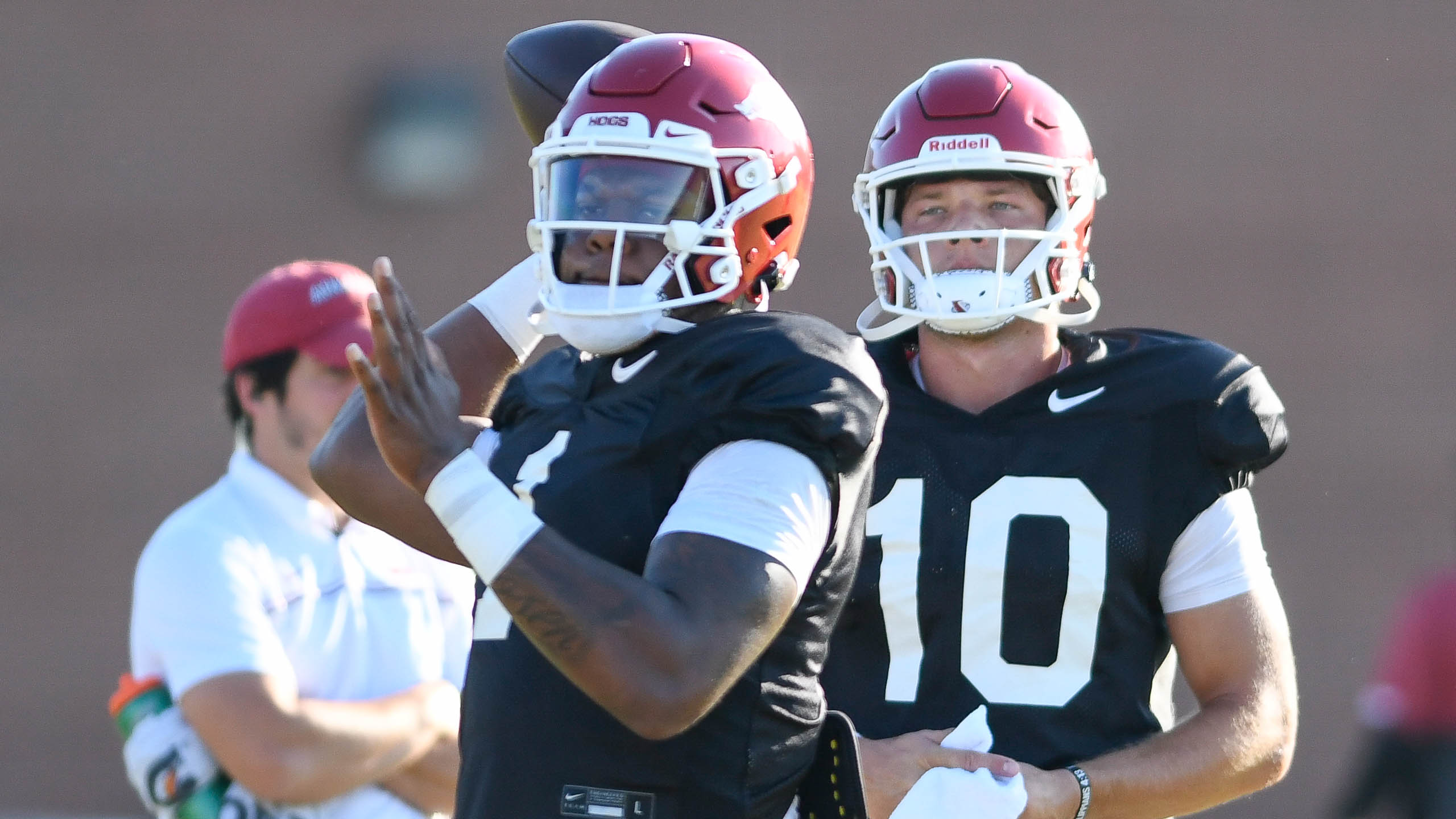 Season openers can be funny things to handicap or predict.

There’s almost no evidence to really justify anything other than reputation and seeing how many starters one team has coming back and a whole lot of other stuff that may — or may not — even matter.

It was Lou Holtz after a surprising No. 3 finish in 1977 with an Orange Bowl win over Oklahoma in the spring of 1978 that told us in the media “last year has nothing to do with this year.”

Over the years I’ve found that to be a pretty accurate statement.

Arkansas fans think they got better while Cincinnati went to the College Football Playoff, graduated a bunch of guys, then got worse. That’s what many folks think.

Razorbacks coach Sam Pittman has been trying to tell anyone interested in listening the Bearcats are a pretty good team.  They have a winning record against Power 5 teams under coach Luke Fickell and they were the only team to beat Notre Dame last year … in South Bend, no less.

Hog fans want it both ways. They want last year to matter for them and not for Cincinnati.

Which is why this game could be a lot more competitive than many in Hogs Nation really expect or want.

Then again it could be a complete blowout.

That’s the problem with season openers. Nobody really knows one way or the other.

There will be some folks on sports radio Monday that claim they knew what was going to happen whichever way things go. Those folks should go take a nap. Sometimes you get lucky and if there’s no record what you said, well, we’re all undefeated, untied and unscored upon when Monday rolls around.

The Hogs come in a 6.5-point favorite, mostly because the game is at Razorback Stadium and nobody is chancing a ton of money that line is completely out of line.

But a blowout will be surprising. The Hogs have an edge in talent, but an awful lot of question marks in key areas, mostly on defense.

That doesn’t mean there aren’t answers, but they aren’t glaring solutions to the defensive front and several positions in the secondary. In some of the fall camp practices we’ve seen the cornerbacks can’t cover a double-movefrom a wide receiver.

If the Bearcats just line up and try to go straight at them the Hogs will look good. But don’t expect that. Fickell is not an idiot and Cincinnati has scholarship players, too.

It will be a game a lot of people won’t really like, but it will be a win.

Which is the most important thing in the season opener.

It is time for our HitThatLine.com picks contest with Peter Morgan, who stumbled his way to a win last year, mainly because somehow I took some chances to blow it open and faceplanted. Thanks LSU, Auburn and Mississippi State.

So here we go again as the fifth year of HitThatLine.com is coming strong with the picks … and guessing.

Sam Houston State at 6 Texas A&M (NL): The Aggies are over-rated. That may be wishful thinking as much as actual evidence, but they did get ahead of the whole NIL thing and have some talent on the roster. We won’t know much more after this game or until they host Miami the week before playing the Hogs in AT&T Stadium. Texas A&M 56, Sam Houston State 6

11 Oregon at 3 Georgia (-16.5): Maybe the best game of the day and how the Bulldogs are a double-digit favorite over a team that is No. 11 in the country is somewhat interesting and probably based on heavy betting by Bulldogs’ fans still celebrating a national championship last year. Unless the Ducks are better than anybody knows, Georgia will have a routine win. Georgia 35, Oregon 24

Troy at 21 Ole Miss (40.5): While Troy has been a problem for some folks at times in the past, this isn’t one of those times. The Rebels should have a romp and we might find out more about who’s going to be the quarterback this year. Ole Miss 52, Troy 10

7 Utah (2.5) at Florida: The obituaries about the Gators have been written since Dan Mullen got fired. Nobody believes the Gators are any good, but a hunch tells me they aren’t Chad Morris-type bad … maybe not even Bret Bielema-bad. Most of this hunch is based on the opinion Billy Napier is better than anybody thinks. Florida 27, Utah 24

Miami, Ohio at 20 Kentucky (-15): The Wildcats are actually developing enough interest that the basketball coach took an unsolicited shot at the football coach to remind everyone UK is a basketball school. First of all, John Calipari even mentioning that is a boost to Mark Stoops’ football team. Now he has to back it up. Kentucky 31, Miami, Ohio, 21

Mercer at Auburn (NL): Good grief, not even Bryan Harsin could manage to mess this game up. Of course it is Auburn and we are talking about Harsin so just about anything is possible, I guess. Auburn 48, Mercer 10

Utah State at 1 Alabama (-41.5): Alabama at least scheduled an opening game against a team that was fairly decent last year, but the theme of this is that has absolutely nothing to do with this year. Alabama 54, Utah State 6

Memphis at Mississippi State (-16.5): If you don’t think Mike Leach hasn’t been laying in wait for this game after what happened in Memphis last year you haven’t been paying attention. The Tigers will get buried if the Bulldogs get up because they don’t have enough offense against a defense that’s going to be a lot better than anybody thinks. Mississippi State 41, Memphis 10