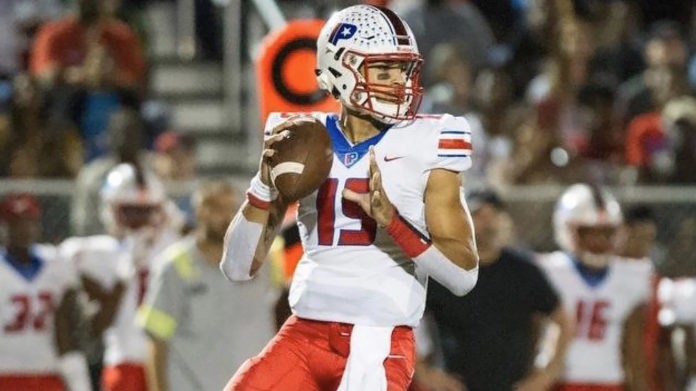 In a season that offers no handbook on how to handle, three-star Little Rock Parkview quarterback Landon Rogers re-opened his recruiting after committing to Arkansas in April.

Considering the unprecedented surge of committed players during this time of college football coaches having to figure out new ways of evaluating and landing pledges there will be others.

Rogers had offers from Kansas and Houston in addition to multiple FBS schools.

And this doesn’t mean he won’t be coming to Fayetteville.

“I want to make sure I’m making the right decision,” is the key line from his announcement.

Apparently somebody has talked him into taking another look, but the Razorbacks won’t be starting from scratch.

He had over 2,200 total yards of offense, throwing for 1,661 yards, 19 touchdowns and only two interceptions while competing 54.4 percent of his throws. He also averaged 6.3 yards per carry on the ground, getting 584 yards and scoring 10 times.

The Hogs also have a commitment from San Antonio Cornerstone Christian quarterback Lucas Coley, who is also a three-star recruit, ranked 18th as a dual-threat by the 247Sports.com composite ranking system that had Rogers at No. 32.

According to the recruiting lists out there, Arkansas still has 12 commits for the 2021 class.

But this will be a different year.

Everybody is going to lose some pledges. It’s going to be part of the process this recruiting season.

Of course the flip side to that is the Hogs and Sam Pittman are probably going to pick up some folks, which they already have done.

There will be more.

Briles does everything except admit what everybody already knows about QB 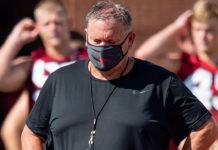 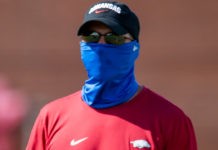 Briles on finally getting to see Franks throw up close, development of offense 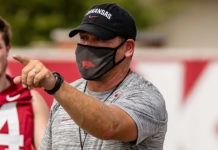 Odom on improving defensive skills with virtual teaching and walk-throughs

Like everybody else, Holt still waiting on schedule of when Hogs will play who